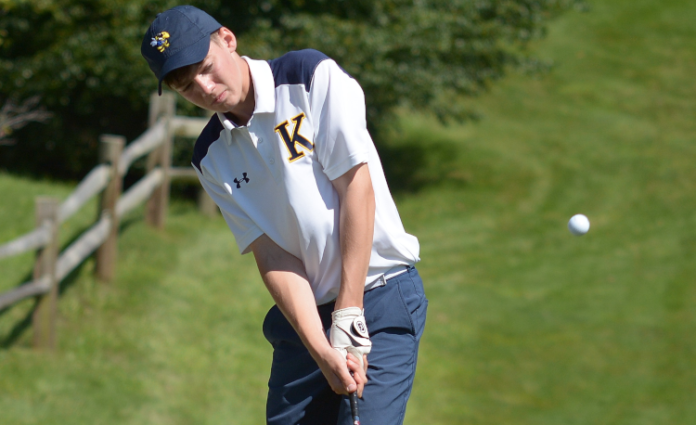 Every stroke mattered in Kirtland’s 183-184 win at Perry on Wednesday.

The Hornets, who have now won two straight matches after a tough stretch, had three of its four scorers shoot 47 or better in the win.

“We have all been working hard on our games,” said Kirtland’s Ben Beres, who shot a 43. “Everyone on the team contributed something each match and it is starting to come together for us as a whole.”

Victor Alfieri claimed medalist honors with a match-low 41. Aaron Schulz carded a 47 and Micah Reynolds closed out the Kirtland scoring with a 52.

Despite tying for the second-lowest score of the match, Beres wasn’t fully satisfied with his round.

“It was not my best round of the year, but I’m starting to put my game together and gaining more consistency,” he said. “My short game was pretty solid today and that really helped me get out of sticky situations. The key for me is to eliminate bad holes. I got into a few tough situations, but bounced back thanks to my short game.”

Now, Beres and his teammates are focused on tightening up their games and preparing for the conference and sectional tournaments.

“A strong round definitely helps with confidence, but every match from here on out will help me prepare better for the postseason,” he said.

August 17, 2018
Cardinal’s boys’ golf team snatched victory from the jaws of defeat at Wickliffe on Thursday. The Huskies edged the Blue Devils, 202-203.