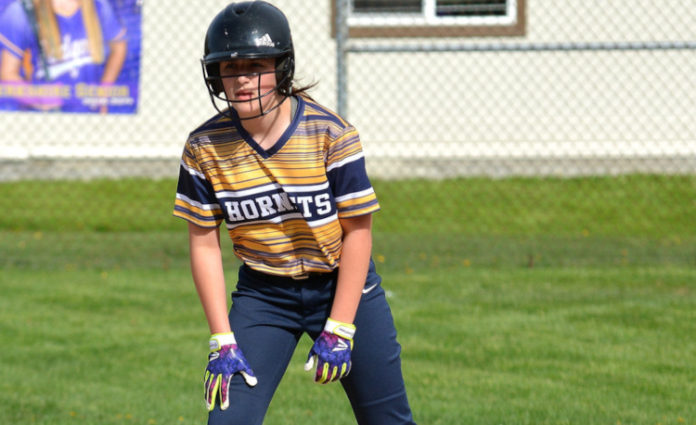 They have enough talent to fill most of their graduation losses and with some growth and maturation, the Hornets could be in a position to compete for the Chagrin Valley Conference Valley Division title and more.

“I truly believe that we will be competitive this year,” said Kirtland coach Jamie Kamensky. “We may not win every game, but we should be in every game contending to win it.”

Due to last season being canceled due to the Covid pandemic, Kamensky didn’t have the chance to see this year’s sophomore class on the field so that leaves her with a lot of unknowns as opening day approaches.

Another curveball for the program to contend with is the protocols that limited offseason contact and how many players could practice indoors at one time.

“With the COVID outbreak that hit we were remote learning most of the offseason,” Kamensky said. “We were very limited in the offseason. This year has been difficult because we were not able to see the current sophomore class in action on a field and we had to adapt quickly. We have adjusted practices into two groups based on our first week and have really been able to focus on the athlete and where they are with their athletic ability and softball knowledge.”

Fortunately for the Hornets, the collective team softball IQ is high and Kamensky’s lineup has versatility, which will be needed in a season where anything can happen.

“The biggest challenge has been preparing but then having those plans thrown out because a girl has been put into quarantine, is having symptoms, or sharing time with a multiple sport or job,” Kamensky said. “We have been preaching versatility and fortunately we have girls who can play multiple positions.”

While Kirtland will deal with the same issues every other area team will face this spring, the Hornets also have to contend with a very young team.

There are three juniors, four sophomores and two freshmen included in the projected starting lineup.

Cantini was a second-team all-conference pitcher that season.

“Gianna Cantini is a full package, typically a first baseman, but stepped up to be our No. 1 pitcher,” Kamensky said. “She is a solid infielder and has a strong bat. The girl has the potential to play at a high level in college. She is a leader and willing to step up to make sure we get the job done.”

“Mattey Matijevic is our wall behind the plate. The sophomore has a solid bat with amazing pop. She is fundamentally sound as a catcher and smart. She calls her own game and takes control from behind the dish,” Kamensky said. “Chloe Ungrady brings the whole package. She can play outfield, infield, and pitch. She will be our backup pitcher. She has great reads in the outfield and is a staple there for us. She has great pop at the plate and will be in the middle of our lineup. She understands the game and brings great leadership to our outfield.”

Freshmen Gianna DiFranco and Bella Hostutler already have provided a spark for the Hornets.

DiFranco will start at shortstop while Hostutler will play third.

“(DiFranco) is fluid and smooth. She understands the situations and makes the plays with ease. She is also able to make highlight-reel plays. She has a strong arm. Gianna is most likely to be a leadoff hitter with speed and great contact,” Kamensky said. “Bella brings a lot of versatility to our team. She can play infield, outfield, catch, and pitch. She will most likely be our No. 2 batter and bring speed and pop to our lineup. Bella is going to fill a lot of different roles for us this year.”

For the Hornets to improve upon their 5-9 record in 2019, they’re going to need several younger players to step up and become leaders on the team.

They also have to play with consistency in each game.

“We need to just keep growing, learning, and be able to have a done, next mentality,” Kamensky said. “The key to success this season is being prepared prior to the game, being able to adapt to any changes that may happen at the moment, and being supportive of each other.”