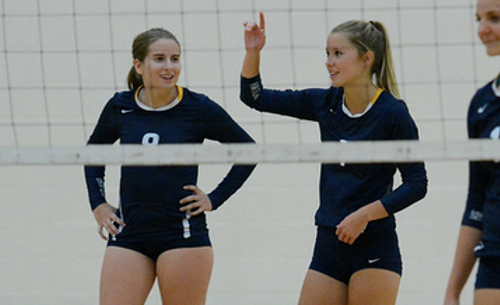 It took one set for the Kirtland volleyball team to find its groove at Cleveland Heights on Monday but the Hornets had little trouble defeating the Tigers, 3-0.

“After a sluggish first game they came out aggressive in games two and three and played well,” said Kirtland coach Bob Schenosky. “Nothing hit the floor.”

“I think that once we get into the groove of the game and figure out how the other team plays it allows us to then strategize and play our game,” she said. “We started off slow in the first game but we came back in the second and dominated in the third. We all played together really well.”

“Sam Bailey had some serving runs and had a lot of kills in the middle,” Frazee said. “Olivia Mancisio also got a lot of serves.”