KIRTLAND—On Friday, three Kirtland student-athletes signed a national letter of intent to continue their educations and playing careers in college.

All three were members of the Kirtland boys’ soccer team.

Marco Valentic will play at Bucknell University, Evan Dures is headed to Mercyhurst College, and Peter Vukovic will compete at John Carroll University. 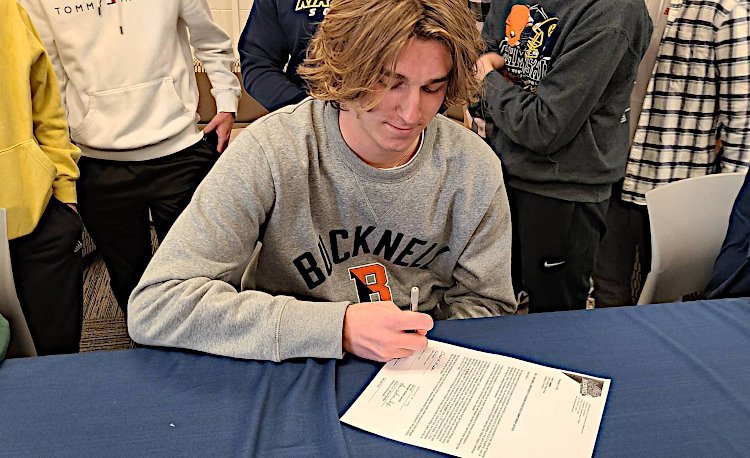 Valentic spent the first three years of his high school career with the U.S. Soccer Development Academy but came out for the high school team as a senior, and what a remarkable year it was.

After leading the Hornets to an 18-3-1 record and a Division III regional championship game, Valentic was named Ohio’s Division III Player of the Year and a first-team All-Ohioan. He closed out his one-year Kirtland career with 35 goals and 32 assists, both team highs. 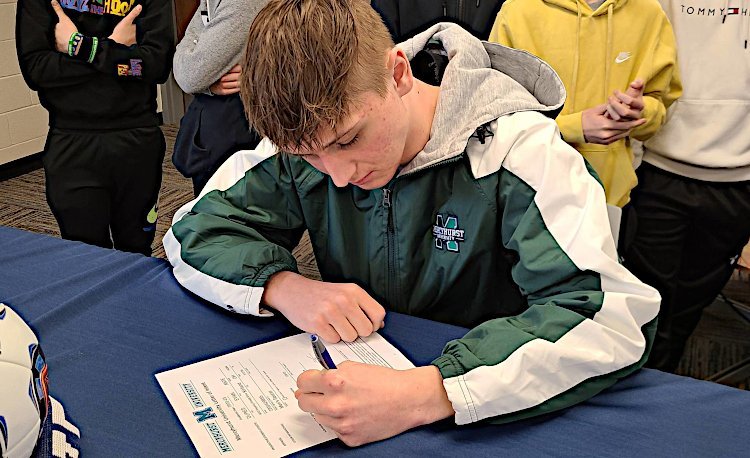 Dures scored 54 goals with 14 assists during his four years with the Hornets.

He scored seven goals with two assists as a freshman and then followed up that season with six goals as a sophomore. He found his groove as a junior when he scored 17 goals with four assists and he closed out his career with a senior year that included 24 goals and eight assists. 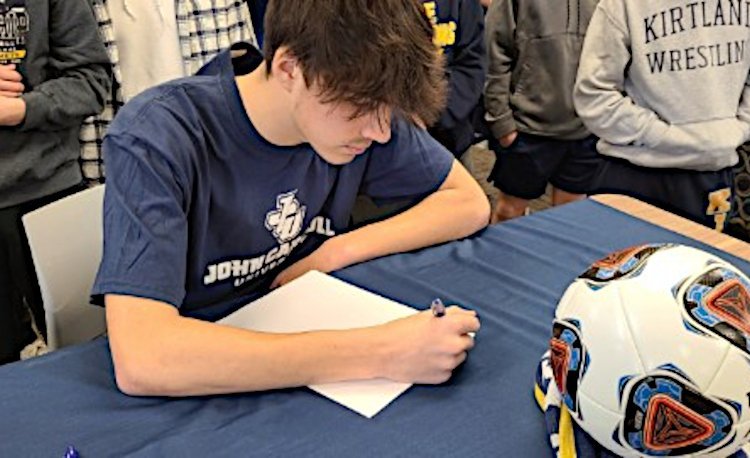 In three years, Vukovic played a key role in Kirtland’s success thanks to his ability to possess the ball, connect passes to keep the offensive flow headed in the right direction, and even his ability to attack and make runs at the goal.

Despite battling injuries, Vukovic recorded 31 goals and 25 assists in his time with the Hornets.

Six of those goals and seven assists game during his freshman season. He followed up that rookie debut with 17 goals and eight assists on the way to earning first-team All-Greater Cleveland and second-team All-News-Herald honors.

After a year off the pitch, Vukovic returned in 2021 with eight goals and 10 assists in leading Kirtland to a top-five state ranking.