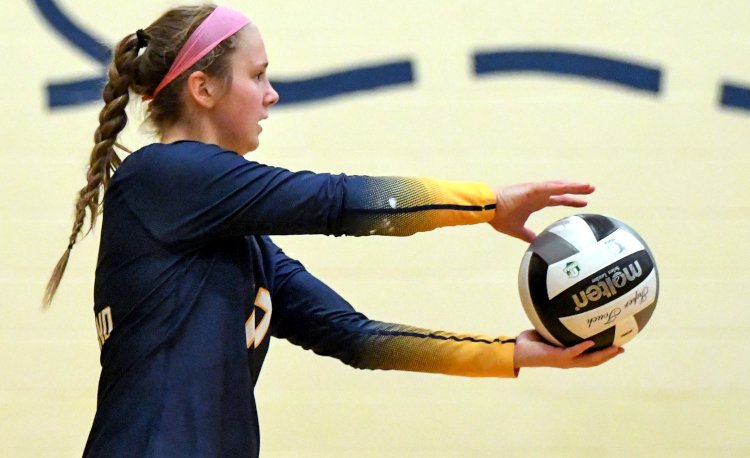 Kirtland entered Saturday’s non-conference matchup at Hathaway Brown riding a 16-match winning streak had having won 45 of 48 sets played since opening the season with a 3-0 loss to defending Division III state runner-up Independence.

“It was a really exciting match for the girls,” said Kirtland coach Arlayna Newcomer. “Losing sets two and three was tough to come back from but the girls played the last two with everything they had.”

The five-set win was the second for the Hornets this season. They previously beat Kenston in five back on Sept. 18.

“Set five was very similar to the last time we went to five with an opponent,” Newcomer said. “The game was a battle the whole way and we stayed composed from start to finish.”

Georgia DeJohn led the Hornets with 12 kills and Natalie Glowe contributed with nine. Ava Golem posted a team-high with 20 digs and six service aces and Katie Reynolds added a team-best 26 assists in the win. Marissa Carmosino pitched in with three blocks.

“Both of my outsides, Georgia and Natalie, stepped it up today and were strong all the way around. They played smart and aggressive and found ways to earn us a lot of points,” Newcomer said. “Today was a really good win for us because we had to fight the whole time to come out on top. HB has a nice team. They really challenged us and pushed us to our limits. We got better today on all aspects of our game because we played such a strong team.”

The Hornets are closing in on back-to-back conference titles. They travel to Lutheran West on Tuesday and then will look for the series sweep at Cardinal on Thursday.