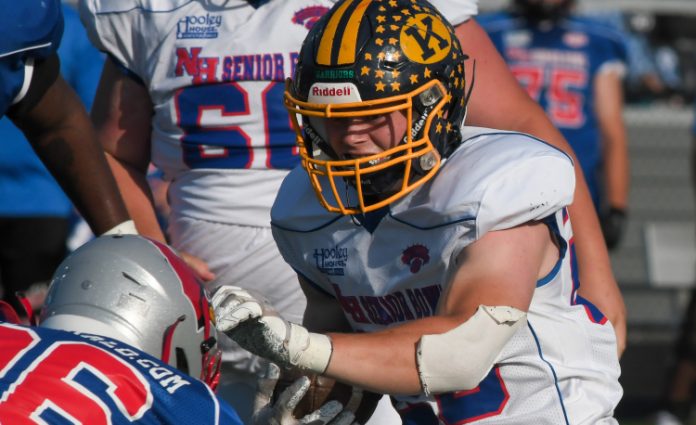 MAYFIELD—Kirtland’s Mason Rus ran for 60 yards and a touchdown to earn the 2022 News-Herald Senior Bowl MVP award at Mayfield on Friday.

Rus scored a four-yard touchdown in the second quarter that gave the White team a 14-13 lead after falling behind, 13-0. He then caught a pass on fourth-and-eight on the White team’s final drive to set up a game-winning field with 19 seconds remaining in the contest.

West Geauga’s Joey DiLalla converted the 28-yard field goal to lift the White team to a 23-20 win over the Blue.

Rus finished the game with 10 carries for 60 yards and one catch for 29. He also recorded six tackles.

Sullivan caught two passes for 16 yards and ran one time for five. He also recorded a pair of tackles and picked off a pass.