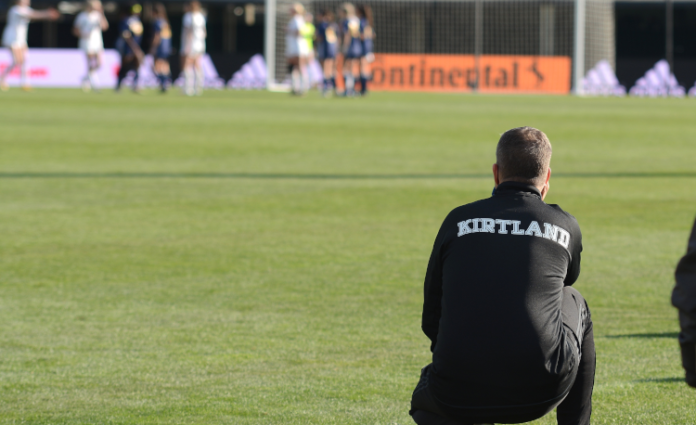 He was crouched down watching the Hornets line up for a corner kick.

For a minute, I drifted back in time and remembered a conversation I had with him last November when his wife, Carol, was diagnosed with Stage IV lung cancer. That call came during the week of Kirtland’s 2019 state semifinal game against Liberty-Benton.

The Hornets lost, 2-1, ending a streak of two consecutive trips to the state championship game.

It wasn’t an easy time for the Bradacs, and it still isn’t, especially amid a global health pandemic, but the state championship won earlier this month certainly carries with it additional meaning for the coach and his family, which consists both of blood relatives and all of the girls who have played for Bradac over his nearly two decades in coaching.

“Last year was rough,” Bradac said. “I told the girls (before the 2020 state championship game), the day before our game against Liberty-Benton last year, I was at the hospital with my wife and they were draining two liters of fluid out of her lung. I just wasn’t there. This year was different. I was all in.”

Carol Bradac has endured a lot over the course of the year, yet she served as her husband’s inspiration to lead his other family during a challenging 12 months.

“I think that’s such a success story and it doesn’t always happen,” Coach Bradac said. “We rallied around my wife a lot. I brought her up in my conversations as we got further and further in the tournament.”

The morning the Hornets left for MAPFRE Stadium in Columbus, Carol Bradac shared with her husband a devotional as well as a prediction of sorts.

“This is a time of abundance in your life,” the devotional read. “Your cup runneth over with blessings.”

Coach Bradac continued reading, his mind trying to piece together the puzzle his wife had provided.

“Sometimes my children hesitate to receive my good gifts with open hands. Feelings of false guilt creep in, telling them they don’t deserve to be so richly blessed. This is nonsense-thinking because no one deserves anything from me. My kingdom is not about earning and deserving; it’s about believing and receiving.”

The message was clear.

Kirtland earned its shot at the state title but the Hornets weren’t going to be handed a gold medal. They’d have to earn it and that started with believing they could beat the back-to-back defending state champs.

“The one line I read was basically this, it’s not about earning and deserving, it’s about believing and receiving,” Coach Bradac said. “I felt like that was part of our message. We were deserving, so why not go out there and say, ‘Why not us?’”

Coach Bradac shared that message with his players.

He also reminded them of the inspiration they had drawn from within their own extended family.

“She deals with her cancer and it’s a fight every day,” Coach Bradac said of his wife. “I know no stronger woman and so that’s why I put her up on that pedestal to show the girls that if this is what my wife is doing every day, (playing this game) is nothing. We are blessed to be able to do what we do. It was awesome to wake up to this and it was almost like a premonition on her end. She was like, ‘I know you’re going to win. I know you are.’”

The Hornets did win and they did it by rallying around each other the same way they did when Carol was diagnosed with cancer a year ago.

“When our family found out that my wife had Stage IV lung cancer, they literally rallied around us,” Coach Bradac said. “I came home the one night and four of my former players were sitting in my family room with my wife, visiting with her and checking on her to see how she was.”

It was at that moment—though he knew long before—that Bradac realized the secret to his program’s success.

In the eight years I have known Coach Bradac, he often refers back to the beginning of Kirtland girls’ soccer.

Bradac began his coaching career in the late 1990s as the head coach of the Kirtland boys’ team. He was a bright-eyed 21-year old who returned to his hometown high school and he has used a similar recipe to develop a powerhouse program just a stone’s throw from the house where he grew up.

“I’m a Kirtland kid,” Bradac said. “I talk about it all the time; I’m a full-circle kid. I went to Kirtland Middle School. My wife went to Kirtland and she grew up here. It always comes back to, for me, we have amazing kids that come from great parents.”

He took over the Kirtland girls’ program in 2004, its second year of existence.

“I always say this and I feel like it’s a cliché, but I’m so happy for our girls’ program going back to that first group of girls we had,” he said. “I always joke, ‘Give us your tired, your poor, your hungry.’ When we first started the program, we would have taken anybody and now, we’re the sport the girls want to play in the fall and they get excited to be around our team and that has affected the growth of our program and the growth of the girls who have come through.”

Bradac and Valentic worked side by side to grow their programs but also to find new and innovative ways to sustain them.

The two worked closely together and shared in each other’s successes.

Kirtland’s girls’ team reached the state Final Four for the first time in 2015. Valentic was there.

Bradac was there to support Valentic when the Kirtland boys reached the state semifinals in 2018.

And Valentic was there last year when Bradac was torn between his wife’s illness and trying to get the Hornets back to the state championship game.

“He was so important last year,” Bradac said of Valentic. “He was a rock. We wouldn’t have gotten to the Final Four without him last year. He was so incredibly helpful.”

Valentic even helped to prepare the girls for their 2020 state championship game against a physical Country Day team.

“We had several of the boys come in and stand in as the Country Day players when we did corner kicks. We had to defend them and then they had to defend us. It was awesome and the boys had so much fun helping us,” Bradac said. “John did that and I know he was so emotional the day we won, like I will be for him. You asked what makes a great program, that’s also what makes a great program, this camaraderie between the boys’ and girls’ programs.”

And that’s why Bradac was so emotional when he ran into Valentic moments after the state championship game win.

“One of the best moments for me was John walked out on the field,” he said. “We have always talked and the messages we have shared over the years and the trips we’d take to Columbus together, him being the head coach and me being the assistant coach for the boys, we sat there and watched Wickliffe playing in the state championship and we said, ‘Why not us?’”

There it is again. His wife’s game day devotional kept creeping up in the discussion.

It was time for Bradac to stop wondering.

The Hornets had their opportunity. They earned it.

“What makes us good?” Bradac repeated my question.

“We have figured out a formula,” he said. “What does it take to win? How we prepare them, starting in the summer and culminating in a state championship, that’s part of that formula. We convince kids at such a young age that it’s cool to be part of our program and we stick with a simple phrase. ‘If this isn’t fun, we don’t want you here.’ Our kids have fun. As much as we stress winning, we stress family and fun and those things that make us better humans in the end.”

Sure, winning is fun, but in the end, Bradac knows his job as a coach extends beyond the wins and losses.

“It’s not enough to win games,” he said. “It’s who are you going to be five, 10 and 15 years from now. That’s why it’s so special for me when I hear back from all of the former players from people in Arizona to people in Chicago and Florida and Pittsburgh who are texting me and saying what a great job it was and how proud they were to be a part of the program. The feeling is that we’re so deserving of it because of the amount of time and effort and energy we put into this over the years.”

Within a couple of hours after winning the state title, Bradac had well over 200 text messages from former players, other coaches, and friends who all have grown to respect Bradac and his efforts to promote his program and soccer as a whole.

There is no real secret to Kirtland’s success and Bradac will be the first to admit it.

It starts with the people.

It’s the consistency among the coaching staff—Bradac and assistant coach Julie Madden have coached together for the duration of his tenure at Kirtland.

It’s the players who don’t want to let down their teammates. It’s the parents who buy into the process and support the program regardless of their own child’s position or standing on the team

“If we go 8-8, I’m still going to have amazing kids with great parents,” Bradac said. “So now you go 19-1-3 and you have amazing kids and great parents and a state championship, there is nothing else to it. If you look at our facilities and look at where we play, they’re not state of the art. They’re not even close. You don’t need those things to be successful. What you need is the people and we’re very blessed to have the people in this community that support us day in and day out.”

The Hornets won the state title on Nov. 13, 2020, but Kirtland’s run to that championship started nearly two decades prior. The 2003 squad had its part in that championship the same way as the 2015 squad and every other team that helped to pave the way for the 2020 Hornets.

And now, future Hornets will be inspired by those who came before.

The road back to the state championship game will be lined with its own set of challenges but after the Bradac-led Hornets endured so much to win the 2020 title, they’ll head into next season asking, “Why not us?” 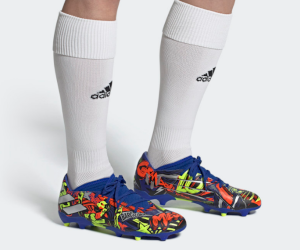 ABOUT US
Ohio Varsity offers high school programs a unique and encompassing marketing opportunity. We are high school sports information specialists, concentrating on the personal promotion of a school and an athletic program to satisfy the needs of parents, players, coaches, administrators and alumni in a way never approached prior in this - or any other - area of Ohio.
Contact us: [email protected]varsity.com
FOLLOW US
© Copyright © 2020 OhioVarsity.com. All Rights Reserved.

Highlights from Day 2 of the state wrestling tournament