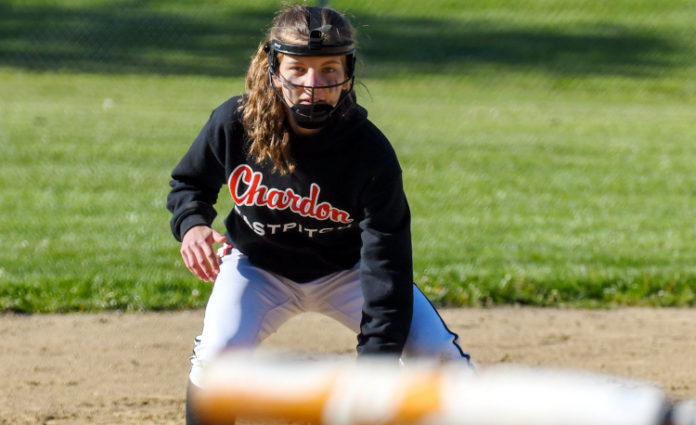 Nicole Krakora went 5-for-5 in leading Chardon to a 19-3 five-inning win at Brush on Friday.

With the win, the Hilltoppers improved to 18-5 overall and 11-2 in the Western Reserve Conference and now need a win over Mayfield or a Riverside loss next week to clinch their first league title in school history.

“The team was very happy to get the win because our goal is to win the conference title,” Krakora said.

Krakora singled and scored to start a six-run rally in the top of the second and came back in the third inning with another single.

She also singled in the fourth and had a single and a home run in the fifth.

Krakora typically is designated as the team’s flex player, so while she has locked down third base, she doesn’t see many at-bats.

“I always prepare and practice to be ready for whenever Coach (Stewart) Landies has me bat,” Krakora said. “It’s exciting to go out and have good at-bats when I can. I approach every at-bat looking to just put the ball in play and get a base hit.”

Her home run in her second at-bat of the fifth inning was the first of her high school career.

“It was really exciting,” Krakora said. “It was 3-2, so I was just looking for anything close. It felt good off the bat, but I thought it would get caught so I was kind of surprised when I saw it go over. I’ve hit a home run in travel before, but never in a varsity game, so I was really happy.”

Madison Russo contributed to the win with three hits, including a double, and she knocked in a pair of runs. Sarah Sutton, Mackenzie Kilpeck, and Amy O’Brien pitched in with two hits each. Kilpeck, Grace Legan, Sidney Nagaj, and Jadyn Tarantino also hit doubles in the game and Sutton hit her fifth homer of the year.

Sydney Murray went the distance for the Hilltoppers. She allowed one earned run on two hits and struck out 10.

Noerr grinds out win over Madison