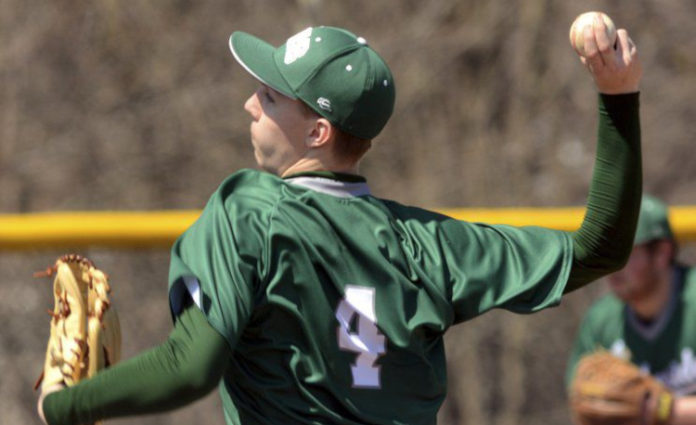 Last spring, Lakeside was set up for a rebuilding year of sorts prior to the season being canceled due to COVID.

Now, as the Dragons prepare for their season opener on Saturday, the team is in a good position with four returning starters from 2019 and several newcomers who have solidified the lineup.

“Obviously, the past year has been like no other, so the challenges have been great,” said Lakeside coach Jared Sziber. “We were replacing the majority of our lineup and roster really from 2019 to 2020, but we only had two seniors on the 2020 roster and neither had lettered prior. We had a very good idea coming into this year what the roster would look like, with the exception of a few spots, so with the roster, and even the starting lineup, it hasn’t been much different than past years.”

Lakeside finished 8-12 in 2019 and the 2021 squad has the potential to flip that record this spring.

“We feel very comfortable with the core of our roster this year,” Sziber said. “We are bringing back two juniors and two seniors who all started in 2019. On top of that, we have added a transfer who has a great deal of experience. The rest will be filled with some talented mix of younger and older players who have shown a great deal of growth in a short period of time. Our expectations always remain the same; we just focus on competing in every game we play. If we have that mindset, and keep our feet underneath us, then success will follow.”

Senior shortstop Nick Hodges is one of the veterans of the squad.

As a sophomore, Hodges batted .354 with 12 runs batted in and a 3.54 earned run average in 23 innings pitched. He earned honorable mention all-Ashtabula County and All-American Athletic Conference that season.

“Nick grinds out at-bats and is a hard-nosed kid,” Sziber said. “He is very aggressive at the plate and on the mound and we will look to follow his lead in all areas. He has very high expectations for himself and the team and it shows with the way he conducts himself.”

Senior Brandon Ford rewrote the record books for the Lakeside basketball team and now he’s setting his sights on the baseball diamond.

Ford, who is projected to start in left field, was scheduled to make his debut for the Dragons last season before everything was shut down.

“Brandon is a tremendous athlete and is better known for his success on the basketball court,” Sziber said. “He is very green still in terms of his baseball acumen, but he is getting better daily and if he continues to progress, he could be a huge asset to us in the field and on the base paths.”

Seniors Jonah Anservitz and Trey Juhola will start at first base and third base, respectively, and classmate Danny Garcia is projected to start in right field.

Several juniors figure to play prominent roles for the Dragons this spring.

Garrette Siebeneck will catch, Sean Allgood is slotted at second base and Cohen Poploske will patrol center field. Ashton Wheelock will DH.

Allgood transferred from Mentor and is a three-sport standout.

“He is a great athlete and should play in the middle of our infield all year as well as get some innings on the mound,” Sziber said. “He has the ability to be a great defender with a very good arm. At the plate, he has shown good gap-to-gap abilities, and with this athleticism and speed, he could be a great asset for the next few years.”

Poploske likely will get the pitching nod on opening day after recording a 2.13 ERA in 23 innings as a freshman, which resulted in honorable mention all-conference honors.

“He doesn’t overpower hitters but he throws a ton of quality strikes and keeps hitters off-balance,” Sziber said. “He won the team’s Gold Glove Award for his play in the outfield two years ago and has shown a lot of progress hitting.”

Wheelock is going to play a utility role for the Dragons.

He earned honorable mention all-county and all-conference honors as a freshman after he batted .292 with five doubles. He also pitched 20 innings.

“Ashton will end up playing a little bit of everywhere for us,” Sziber said. “He will be one of our top pitchers and also will be a big bat in the middle of our lineup. The kid is obsessed with baseball and is a tireless worker.”

“Alex is someone who will help us on the mound this year at some point,” Sziber said. “He is a tall, long lefty who has shown great feel and presence on the mound. He should get a shot to help out on varsity if he continues to show great potential.”

While Sziber is confident the Dragons will have the talent to compete in the Chagrin Valley Conference this spring, he knows his team needs some seasoning at the varsity level after missing a year of high school baseball.

“The biggest challenge we have had with losing a year was the development of the younger players,” he said. “We had great numbers last year and this year. Many of the younger players are great athletes but lacked playing experience. While many played last summer in some capacity, the loss of a full high school season was a setback. The good news is that since they are so athletic, and are so green, it has been easier to mold them into what we want. The progress has been very encouraging.”

Sziber will lean on his team’s athleticism this season to help minimize the lack of experience, especially on the hill.

“I have been a varsity baseball coach for eight years and this is by far my most athletic,” Sziber said. “We want to be very aggressive offensively and with the speed we have, plus the ability to put the ball in play, we feel we can take advantage of that. The athleticism really translates on the defensive side as well. Our outfield can cover a lot of ground and the infield should do its part in making it difficult to give up runs.”

As opening day approaches, the Dragons continue to make progress and will focus on developing each and every game.

“We will have to continue to grow and learn game to game,” Sziber said. “While we are very excited about what we can do this year, we are nowhere close to being content with where we are. Every day we add something new and the boys have been doing a good job of maintaining and applying those new things. But in baseball, you will have ups and downs regardless of your level of play or knowledge. It will just be a matter of learning and fixing those mistakes. If we can do that, then we should be in a good position to compete every game.”