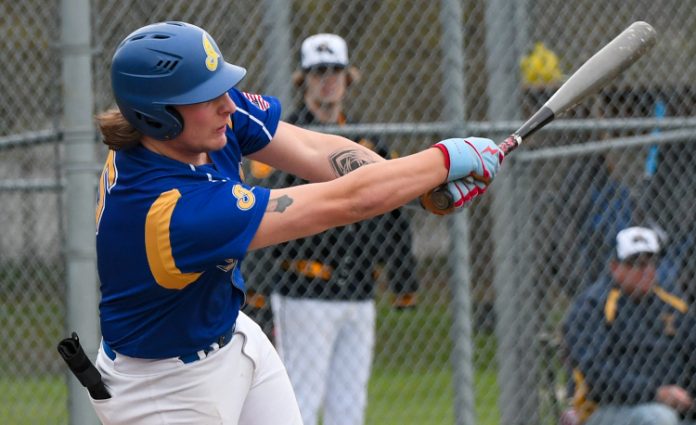 Ashton Lerz struck out nine in a complete-game shutout and he also recorded three hits in Independence’s win over visiting Beachwood on Monday.

“I think the key to success today was trusting the off-speed pitches and locating the fastball when I needed to,” Lerz said. “Not only that, it is much easier to pitch when you can trust your teammates in the field.”

The win was a big one for the Blue Devils who remain in the hunt for the Chagrin Valley Conference Metro Division title.

Independence improved to 9-7 overall and 7-3 in the Metro Division. Wickliffe knocked off Lutheran West on Monday leaving the Blue Devils just a half-game behind both Beachwood and Lutheran West for first place in the division with two conference games remaining.

To win the division outright, Independence must beat Beachwood on Wednesday and beat Cuyahoga Heights in its other remaining conference game. Wickliffe also must complete the sweep of the Longhorns.

Regardless of what happens down the stretch, the Blue Devils started a big week with a bang.

“It was a great way to start the week,” said Independence coach Jim Crooks. “It was a great game for the players and they are well aware of the circumstances and I think they’re liking the pressure right now.”

That pressure didn’t faze Lerz or his teammates. In fact, they thrived in the must-win situation.

After Lerz pitched out of a jam in the top of the first, the Blue Devils responded with three runs in the bottom half of the inning.

“He just never stopped running,” Crooks said. “He hustled the whole time, which he always does.”

Lerz singled and scored on an Evan Beacher single in the third and the Blue Devils tacked on two more runs in the fifth.

Lerz and Corrigan both singled and Beacher drew a walk to load the bases. Lerz scored on a wild pitch and Charlie McGreal singled home another run.

Andryszczyk singled and scored on an error in the sixth to close out the scoring.

Lerz finished the game 3-for-3 with two runs scored.

“The great part about pitching is when you get back to the offensive side of the game you sort of have an idea of what is going to be thrown at you in the box,” Lerz said. “You can anticipate the next pitch and be prepared to hit it.”

Andryszczyk and Corrigan both recorded two hits for Independence and the Blue Devils stole six bases in the win.

“We got some hits in the middle part of the game and we ran the bases pretty well today,” Crooks said. “We faced a good pitcher today. He’s been around a long time and we knew he was going to give us his good stuff and we battled with him. It was a good battle and we came out on the right side of it.”

Independence travels to Beachwood on Wednesday.

Blue Devils bounce back with win over Chagrin