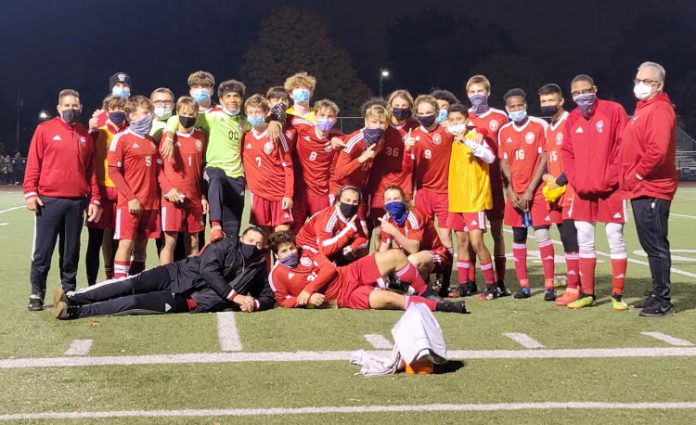 With five returning starters and a host of others with varsity experience, the Lutheran West Longhorns have their sights set on winning the Chagrin Valley Conference Metro Division title.

Last fall, the Longhorns finished 13-6 overall and 4-0 in conference play. Due to COVID, the league didn’t officially award a conference title but the Longhorns hope to sweep their conference schedule again this season.

“We have the potential to stay undefeated in conference play,” said 14th-year head coach Josh Hubeler. “We are a young team and we need to mature quickly to be successful. We need to learn from our mistakes and fight through adversity. We also need to trust each other as not one person can carry this team on their own. Our motto is ’11 for 1,’ and for us to be successful, we need to be united.”

Lutheran West’s lineup is relatively young but the Longhorns are loaded with talent.

“We have many offensive weapons that can be deadly from game to game,” Hubeler said. “We will be a very diversified attacking team.”

“Braden is the Energizer Bunny of the squad,” Hubeler said. “His work rate is second to none.”

Ethan Stanaczyk, a senior defender who earned honorable mention all-CVC honors last fall, will provide the Longhorns with valuable leadership on the field.

“As one of the veterans of the team, we expect Ethan’s vocal leadership and soccer IQ to propel us forward in games,” Hubeler said.

Carter Stanaczyk, a sophomore, and Schultz, a junior, will attack from the top. Stanaczyk was an honorable mention all-league performer last fall.

“Carter had some decent success his freshmen year although he didn’t play in all of the games due to injury and he was trying to find his fit on an older squad. The team is hoping for a more polished rendition in his second high school season,” Hubeler said. “Aiden is a deceptive soccer player. He can beat you multiple ways and distribute or score when necessary.”