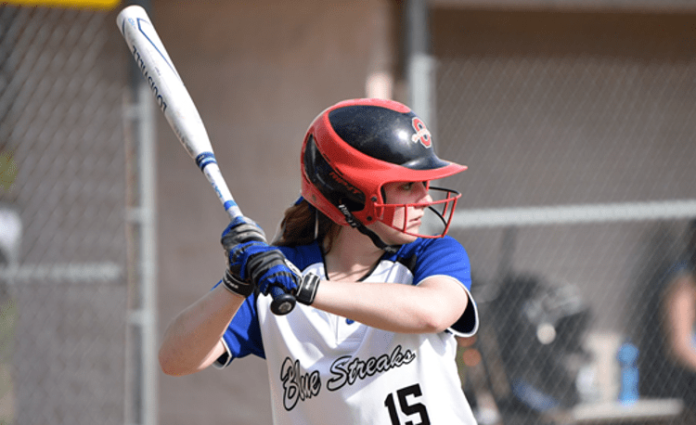 The graduation loss of Alyssa Rose certainly will affect the Madison softball team. The addition of Alyssa Lavdis no doubt will soften the blow.

Lavdis, a sophomore, returned to Madison after spending last season at Walsh Jesuit. She will team up with five returning starters to give the Blue Streaks another chance at winning the Western Reserve Conference and making another deep run into the postseason.

“Overall, this will be a very solid, fundamental team,” Madison coach Arthur Rose said. “We are well on our way to building one of the best softball programs in the district. Our goals are high with this season.”

The Blue Streaks, who finished 18-4 overall and 12-2 in WRC play last spring, will have a different look without Alyssa Rose mowing down opposing hitters and knocking the ball all over the park. Rose now plays for the Cleveland State Vikings.

“We have revamped some of our style of play over last season,” Coach Rose said. “We lost a ton of team speed and will be more of a power hitting team. Team pitching should keep us in any game.”

Senior Naomi Cruz and juniors Sarah Stenger, Destinee Kenst and Tehya Reed round out the projected starting lineup. Cruz, a left fielder, batted .321 last season, while Stenger will play third, Kenst is projected in right field and Reed will play in center.

Senior Sydney Luyando will fill a utility role for the Blue Streaks while sophomore Chloe Wakim provides depth in the outfield.

The Blue Streaks aren’t as fast as they were a year ago but they have the pitching, balanced hitting and competitiveness to pick up where they left off last season.

“Our main weakness is overall team speed but we will overcome this with smart baserunning,” Rose said. “To achieve our goals we must stay healthy and continue the daily improvements we are making. The leadership of Jordan Pasalaqua and Allison Schultz will no doubt keep us focused.”