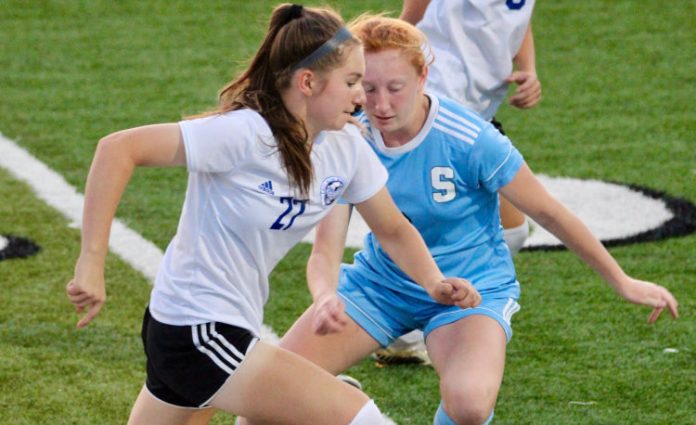 Madison is in a unique position heading into the 2022 season but the Blue Streaks remain optimistic as they kick off another campaign.

The Blue Streaks return four starters but for the first time in several years, they won’t have a returning captain to lead the way.

“There is a lot of optimism in this team. Not only are they excited to see what they can do on the field, but they are thrilled to be doing it together,” said ninth-year head coach Chad Butler. “The class of 2022 was a strong one, and replacing them will not be easy. This will be the first time that we do not have a returning captain in at least six years. It may be a clear challenge to overcome, but it’s also an opportunity for a leader to arise and leave their mark on the program.”

Madison finished the 2021 season with a 14-6-1 record and the Blue Streaks went 3-1 in the postseason before falling to Walsh Jesuit in a Division I district championship game.

The Blue Streaks have plenty of holes to fill this season but Butler is confident his team is up to the challenge.

Wakim, a junior defender, suffered an injury that limited her playing time last season. She’s back and ready to make the most of her next opportunity.

“Claire was on her way to establishing herself as one of area’s most dominant shut down center backs last year when she was sidelined by a lengthy ankle injury,” Butler said. “She has returned this season looking to make up for every minute she missed last year, and other teams have taken notice of her presence.”

“Reese was a formidable forward last year among an attack that scored more goals than any Madison team in eight years,” Butler said. “She has returned this year with a fire to step into the absence left by last year’s seniors.”

“’Deli G’ is the definition of a high work rate player,” Butler said. “She does not sit back and wait for the game to come to her. She is vicious in regaining possession and punishingly decisive in the final third of the field.”

Madison’s success this fall hinges on the team’s ability to step up in the moment and to believe they can be successful regardless of the opponent.

“Never believe for a second that any game is out of their reach,” Butler said. “Whatever we do, we will do it together. One player’s success is every player’s success, and the same will be said about our failures. Have the courage to admit they were made and the ambition to correct them.”

Versatility the key for Wickliffe