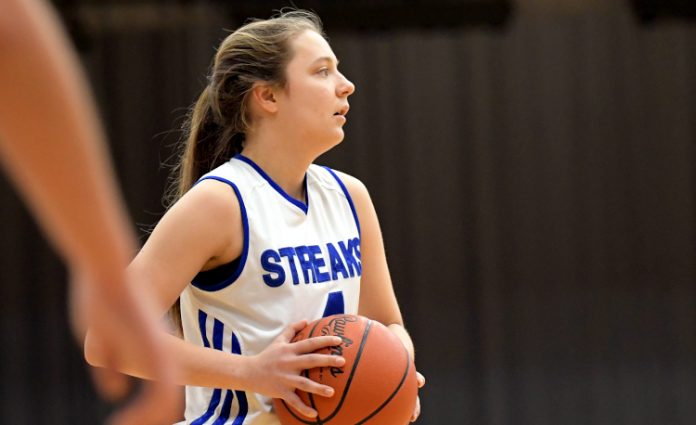 Madison senior Chloe Bancroft checked off another goal on Monday when she announced her commitment to continuing her education and basketball career at the University of Mount Union in Alliance, Ohio.

“Playing in college is something I’ve always wanted to do since I was little, so having the opportunity to do so really means a lot,” Bancroft said.

From there, she visited the school and learned more about the program before pulling the trigger on her commitment.

“Mount Union had everything I was looking for,” she said. “They had a really good program in what I want to study, the coaches and the players were all welcoming, the basketball program is great, and the campus and facilities are beautiful.”

As a junior, the 5-foot-6 shooting guard averaged 4.6 points per game with 11 3-pointers made. She also recorded 15 steals, five blocks, and 13 deflections.

She was recruited to play either point or shooting guard in college.

“They wanted someone who can play both roles and they believed I was that person,” Bancroft said. “I’ve played a lot of both positions, so I think I’ll fit great in that role.”

Bancroft, who plans to major in exercise science and physical education with the hopes of becoming a teacher and coach, is more excited than ever for her senior season at Madison.

“My goals for senior year are to be a great leader and not take any moment for granted,” she said. “This is my last year with the girls I’ve played with since elementary school, so I want to make it fun.”

Madison heats up in win at Nordonia