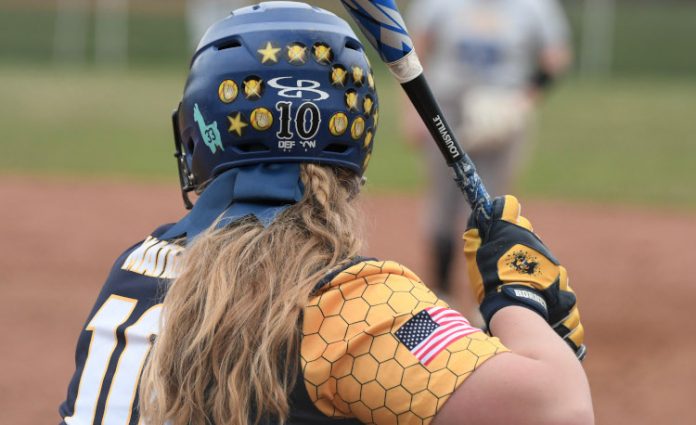 Madison Matijevic and Gianna Cantini both recorded three hits in powering Kirtland to a 14-0 five-inning win at Beachwood on Friday.

The win snapped a three-game skid for the Hornets, who improved to 4-5 on the year.

“Honestly, we needed this game,” said Kirtland coach Jamie Kamensky. “We have been playing good ball, just against other really good teams. The fact that tonight we had this win can be a pivotal point for us.”

Matijevic and Cantini combined to go 6-for-6 at the plate with a double, two triples, and a home run, five runs scored, and five runs batted in.

“The run production was huge,” Kamensky said. “We need to keep building on it. We just need to stay focused on solid contact and good things happen.”

Matijevic nearly hit for the cycle as she had a double, a triple, and a home run.

“It’s always a super good feeling knowing that I had a good day at the plate,” she said. “As a team, almost every single player got a base hit and every single girl got on base. That’s something we haven’t really experienced yet this season and I think that we needed it more than ever today with our upcoming schedule. Overall, it was a great team win where everyone contributed.”

Matijevic hit a two-run homer in the first inning. She tripled in the third, hit a sacrifice fly in the fourth, and closed out her day with a leadoff double in the fifth.

“At the plate, I had two main thoughts today,” Matijevic said. “One was to only swing at good pitches, and two was to force myself to wait back on the ball and have maximum bat speed. Our coaches have been telling us how important it is to wait back on pitches and to not slow our bat speed down, and I think that those two things really helped me be successful today.”

Cantini drew a walk in the first and she singled in the third, fourth, and fifth innings.

Nikolena Samac finished the game 2-for-3 and Ava Puruczky was 2-for-4 with a double. Bella Hostutler, Malia Becker, and Kennedy Boyd each had one hit.

“Everyone was hitting really good today and it really helped boost up my confidence at the plate,” Matijevic said. “I was sad knowing that all I needed was a single to hit for the cycle, but I am happy with my performance at the plate today. The whole team and environment was super positive today and I think that as a team, this game was very important to help every single one of us boost up our confidence and prove that we are all able to get great hits.”

Kirtland travels to Bristol on Saturday.

Nia Brown and Maya Greller both had two hits for Beachwood.