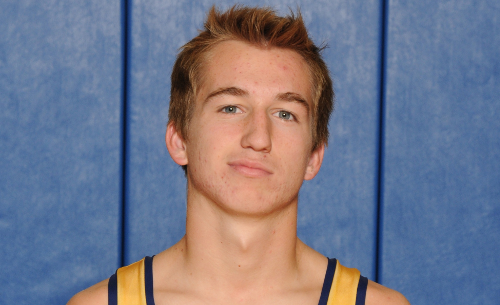 Senior Matt Mroczynski was named Independence Athlete of the Week for Week 1 of the winter sports season.

Mroczynski won the Hawken Invitational Tournament with a 4-0 record with three pins, including a first period fall in the championship bout.

He didn’t surrender an offensive point throughout the tournament.

Mroczynski, who returned to wrestling last season after a one year hiatus, quickly made up for lost time as a junior and has started out his senior season in style.

“Matt works hard in the practice room and is a true leader on and off the mat,” said Independence coach Ken DeAngelis. “Most days you can hear him encouraging his teammates and leading the way by example.”

Mroczynski has set a goal of reaching the state tournament in March.