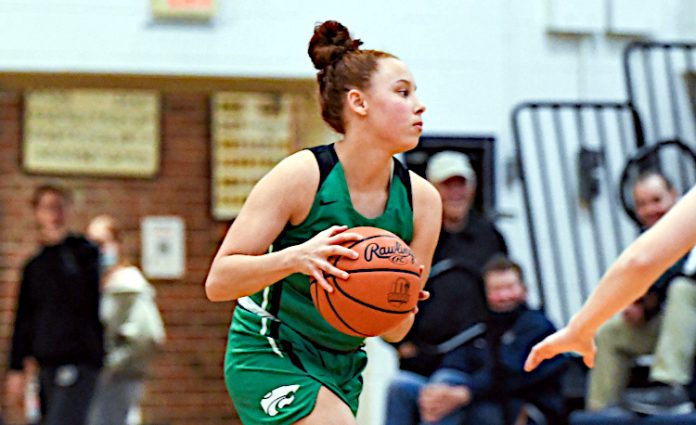 Mayfield used an aggressive defense and timely offense to upend host South in a Western Reserve Conference showdown on Saturday, 55-49.

With the win, the Wildcats extended their winning streak to four straight games and improved to 9-6 overall and 3-3 in league play.

“Every win in this league is hard-earned,” said Mayfield coach Cullen Harris. “Regardless of where a team is in the standings, every team is capable of beating one another. It’s nice to come away on the right side of this one; it’s a testament to the players and the growth they’re making.”

Mayfield earned the season sweep over South and is now just two games behind first-place North after the Rangers dropped a game at Riverside on Saturday.

Despite being in contention for the league title, the Wildcats are focused only on the next game.

“We don’t talk about past games much, especially this time of year when you’re playing a lot of games in a short amount of time,” Harris said. “We’re just focused on the next test in front of us. It’s nice to win and string together some momentum, but there’s no resting on your laurels in the WRC because whoever is next will be prepared, well-coached, and have dynamic players who can score.”

Uriah Jennings stayed hot as she scored a game-high 25 points to lead the Wildcats.

“She’s starting to understand balance, playing under control, and taking what the defense gives, but it all starts with how we’re playing as a team,” Harris said of Jennings and her recent success. “We’re being patient on offense and working for the look we want. Uriah is the beneficiary of that these last few games, but on any given night, we have players who can step up and contribute.”

The Wildcats also used a team approach on defense.

“Defense is where we start as a team,” Harris said. “Offense can come and go but defense needs to be consistent. Today, we got great defensive effort from Alex Duncan, Gabby Moore, and Cori Marsalis. We made some defensive adjustments at halftime and these three did a great job executing what we wanted to do on the defensive end of the floor.”