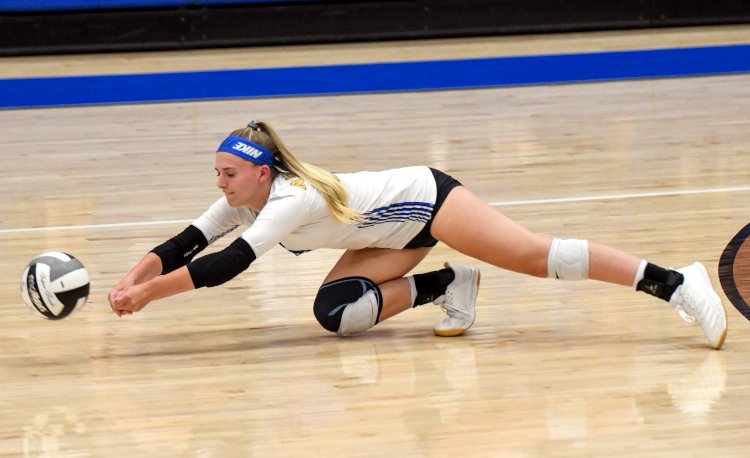 “It is super exciting to lock in my college choice,” McNamara said. “Knowing what college I will be attending allows me to focus on our unfinished business and to make the most out of my senior season.”

That unfinished business McNamara referred to is the Division III state title the Blue Devils have been chasing throughout her high school career.

Robert Morris began recruiting McNamara during the summer of 2018.

“I really liked the size of campus and their great middle school education program, which I really want to major in,” she said. “I have been to campus a few times and it began feeling like home more and more each time.”

Located in Pittsburgh, Pa., Robert Morris matched up well with what McNamara sought in a college.

“I was looking for a school that allowed my family to come watch me play and Pittsburgh was the perfect distance,” she said. “The Horizon League conference also gives them a chance to watch me when I’m on the road.”

“I’ve developed a close relationship with the coaches as they followed my JO and high school seasons, especially our state championship run,” she said. “During camp, I really got to know the girls in which I already formed new friendships.”

Robert Morris recruited her as a defensive specialist/libero. She’s ready to tackle that challenge with the same intensity that has led to her success at the high school level.

“I’m ready to go in and work hard to help the team the best I can,” she said.

Prior to her senior season, McNamara has recorded 330 digs, 69 assists, and 537 service receptions with just 33 errors in 176 sets played.

McNamara is the third Independence senior to commit to a Division I college program. Hanna Wilson is headed to Duquesne while Abby Avila will play at the University of Charleston.