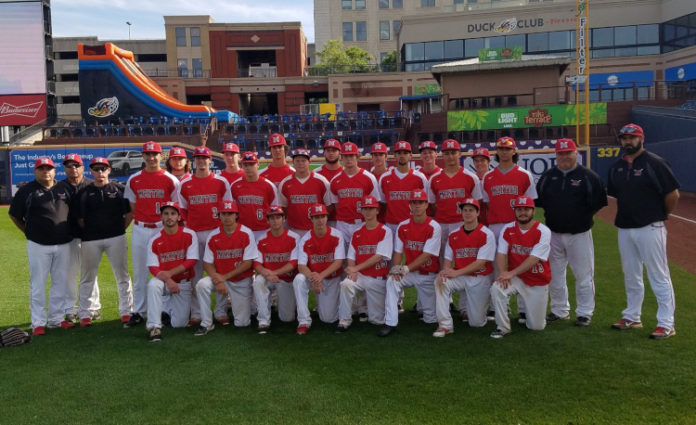 After a 4-2 loss to St. Ignatius in the 2019 Division I state championship game, Mentor quickly looked ahead to a second run at the title the following spring.

A global pandemic changed all of that forcing the Cardinals to wait an additional year to avenge that state loss.

With six returning starters from that 2019 squad that finished 23-6 overall and 10-4 in the Greater Cleveland Conference, Mentor coach Jeff Haase has every reason to be optimistic his team can position itself for another title shot.

“I think we have a good mix of guys with experience and some new faces,” Haase said. “If everything meshes, we should be around at the end of the season.”

Due to the lack of a season in 2020, the Cardinals have had to adjust their offseason and preseason training.

That strategy included plenty of virtual meetings and taking things a bit slower than they might have in the past.

“We did a lot of Zoom meetings and discussed the upcoming season and expectations for the new faces. Trying to figure out what the new guys will bring to the table has been the biggest question yet to be answered,” Haase said. “We have a lot of new faces and guys who haven’t competed on the varsity level. Once they get acclimated to the program we should be fine. We have taken things slower than in years past to provide guys time to adjust.”

The Cardinals do return six starters from 2019 so they aren’t exactly in a position to tread slowly but they do have some holes to fill.

“We have guys back in the key spots, especially up the middle,” Haase said. “Pitching is young and inexperienced after our first guy. There will be some growing pains, but we have a good group of guys we can rely on as the season goes on.”

Snow, Burkholder, and Cole Hemminger all are sophomores with a boatload of potential.

While Mentor has a strong core of returning players from that 2019 state run, the Cardinals will need several newcomers to step up and fill the holes left by graduation and to provide depth as the season progresses.

“Guys are going to have to develop and grow up quick in some cases,” Haase said. “There are young guys waiting to take some spots. The team to needs to mesh together as one unit and take nothing for granted.”