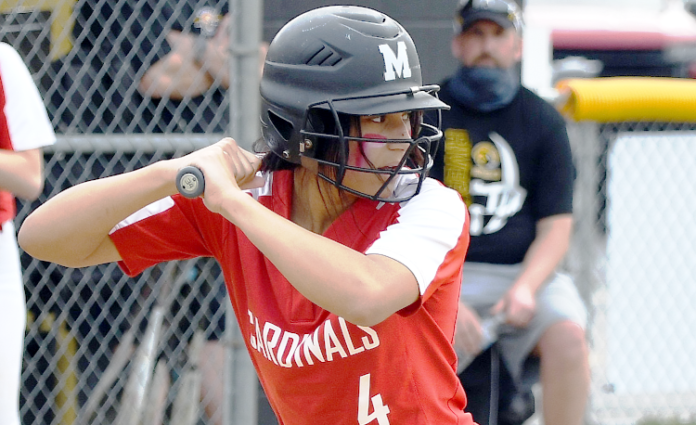 Mentor on Monday honored its four seniors prior to a league game against visiting Euclid.

Moments later, those four seniors stole the show in a 17-0 five-inning win over the Panthers.

“We have four seniors that we were able to celebrate today, Adrianna Sluga, Jill Reardon, Madison Bregitzer, and Allie Loparo,” said Mentor coach Jo Bondra. “After missing their junior year, they all leave the same message to all of the players, ‘Never take a game of practice for granted.’ I have a hard-working group of seniors that want to leave their mark in this conference before the season is over.”

Those four seniors all stepped up to help Mentor bounce back after its first loss of the season on Thursday at top-ranked Riverside.

“It was really important for our team to bounce back with this win,” said Reardon, who tripled and knocked in a team-best four runs. “After the long week last week, and a big one coming up, I think it was a huge confidence boost and just what we needed.”

Reardon finished the game 1-for-2 with two runs scored and she drew two walks to go along with her four RBI.

“It was very exciting to have a good day at the plate, especially on senior night,” she said. “I was happy to honor myself and the other seniors on such a special day for us. Having a four-RBI game really boosted my confidence at the plate.”

“The pitch was just a fastball over the plate,” Reardon said. “It was something I knew I could put a good swing on. As for base running, I heard my first base coach telling me to go three right off the bat, and once I got the signal from coach Jo (Bondra), I knew I would make it there. Whenever I get out of the box, I try to be as aggressive as possible on the bases, but I always look for my coach’s direction to know where the ball is and where I need to be. When Coach Jo directed me to third, I knew I had to get there.”

Combined, Mentor’s four seniors finished the game 3-for-7 with eight runs scored and eight runs batted in, with two triples and they drew seven walks.

“It was exciting to be able to bring in some more runs during such a special game,” said Bregitzer, who was 1-for-2 with three RBI. “I had so much support from my teammates while I was in the box and it gave me the extra push I needed to be able to get a hit in order to do my part.”

Bregitzer’s two-run triple to center field in the fourth inning closed out the scoring for Mentor.

Bregitzer entered the game just 1-for-4 at the plate. She found her stroke on the triple, and coupled with her other production, developed even more confidence at the plate.

“Today’s win was a strong game for me defensively and offensively and I cannot wait to keep that energy moving forward,” she said. “It makes me happy to know I did my part in helping my team get a win and my teammates’ endless support pushes me to keep working hard. I’m excited to see what we do moving forward together as a team and I’m so glad to be a part of it.”

Sluga finished the game 1-for-2 with a pair of walks while Loparo scored four runs, knocked in another, and walked twice.

Bella Carcioppolo led off the Mentor first with a triple and Allie McCall hit her first career home run when she hit a ball to deep center and used her speed to touch all of the bases.

Kristin Dems was awarded the pitching victory after pitching three scoreless innings. She struck out five and didn’t allow a hit.

Leah Temple and Abby Haydu both pitched one inning. Temple didn’t allow a hit or a run and struck out one.

Haydu made the most of her first pitching opportunity by striking out three of the five hitters she faced.

Mentor back on track