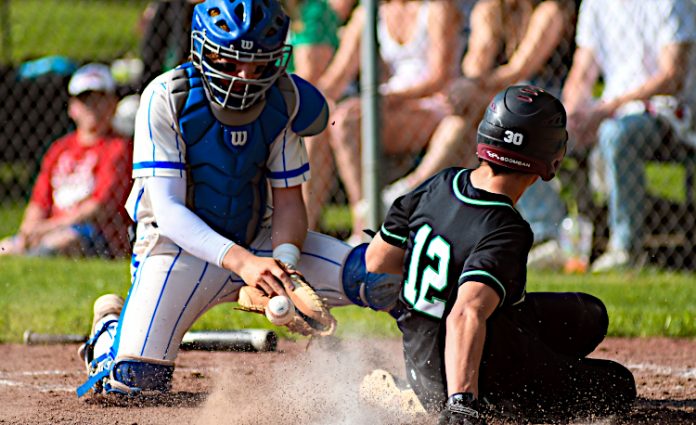 MOGADORE—Independence scored three runs in the top of the first inning but Mogadore scored 13 straight runs to slam the door on the Blue Devils’ postseason run with a 13-3 five-inning win in a sectional final on Thursday.

“I’m proud of the way that we came out,” said Independence coach Jim Crooks. “We were ready to play. We got down here early, we had a great pregame, and we had a great first inning. The energy was high, so you couldn’t ask for a better start to the game, but clearly, they were ready to go as well.”

Casey McGhee hit a one-out single and Ashton Lerz drew a walk. Rory Corrigan followed with a two-run double and then he stole home to give the Blue Devils an early 3-0 lead.

Mogadore’s Bo Lanham hit a three-run home run to right-center in the bottom half of the inning and the Wildcats added three more runs in the second and four in the third to pull away from the Blue Devils.

The Wildcats scored three runs in the fifth to end the game.

“I would say the deficiency today and the difference in the game was our defense,” Crooks said. “At this time in the season, you’ve got to be darn near perfect and we weren’t. We weren’t perfect today in the field.”

Ashton Lerz started on the mound for the Blue Devils. He lasted three innings and allowed four earned runs out of 10 on seven hits and he struck out six. Mike Andryszczyk threw one inning. He allowed three runs on two hits.

Cy Jolliffe pitched 1/3 of an inning.

“I thought Ashton started the game well,” Crooks said. “He threw strikes and pitched well and then Mike came in and pitched well, but we had some deficiencies and those little things add up to big innings for good teams like Mogadore.”

McGhee, Corrigan, Luke Pascarella, Jolliffe, and Dom Narduzzi each collected a hit for Independence, who closed out the season with a 12-9 record.

Mogadore finished the game with 11 hits.

“They were a free-swinging team and a great bunting team,” Crooks said of the Wildcats. “I thought we hit the ball on the nose today but we hit it right at guys. They were better than us in the field and on the mound and they hit the ball better than us, and that’s the difference in the game today.”

The loss ended the careers of Independence’s seniors, McGhee and Lerz.

“Ashton is a guy that loves baseball and Casey is the bulldog,” Crooks said. “I want to thank them for a great career. They did a great job for us.”