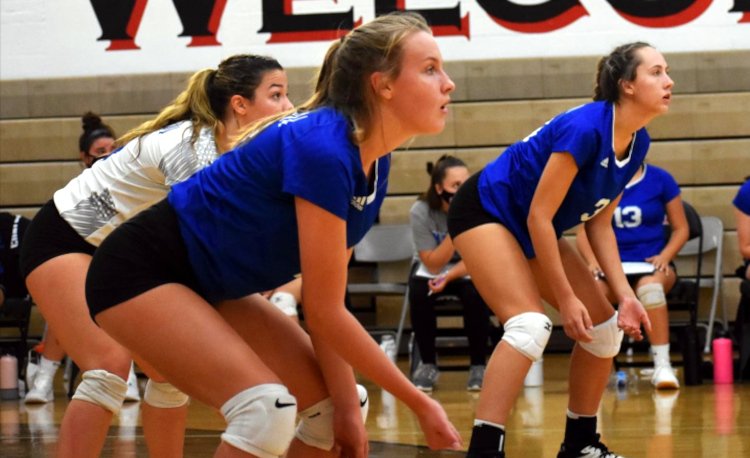 Madison has reason to be optimistic this fall.

The Blue Streaks return six starters and two others with varsity experience and if all goes well, Madison could be in a position to shake up the Western Reserve Conference standings.

“I’m excited about our potential to be a very strong team in the 2021 season,” said fifth-year Madison coach Leslie Smith. “We have several players with a few years of varsity experience in key positions such as setter, libero, outside hitter, and middle. This group is motivated has a lot to prove this season.”

Meister has shown great improvement from her sophomore season while Masony will make her varsity debut this fall.

“I’m so impressed with Riley’s progression from sophomore to junior year. She is driven to be the best middle hitter and blocker in the conference. I anticipate an amazing season for Riley this year,” Smith said. “Ella has come along very well as a first-year varsity middle hitter.”

Laney Behm is a setter while Ella Behm will line up on the right side.

“Laney is a third-year varsity player. She set primarily in the front row because she is a strong blocker and can attack at the net too,” Smith said. “Laney is so committed to the sport and has worked very hard in the offseason to improve her setting. I’m looking forward to watcher her this year. Ella has developed into a strong right side hitter for Madison. She’s been working on her defense and has a great serve as well. She’s ready to prove.”

Conforte is an outside hitter/right side who led the team with 24 aces last fall.

“Carly has proven herself to be a versatile player for us as she has power from the outside and right side,” Smith said. “She’s capable of stepping into the middle position when we’ve needed her. Carly has an extremely powerful serve that she’s developed consistency with this offseason. I expect a great senior season from Carly.”

“Delaney is a four-year letter winner and has really stepped into her role as a defensive leader on the court,” Smith said. “She has a strong serve and worked very hard at being a consistent passer. I’m anticipating a great senior season from Delaney.”

Ellie Smith led the team with 137 kills from her outside hitter position last season. She was named first-team all-conference.

“Ellie is a six-rotation player that gives our team strength from the outside and plays an important role in the back row as well,” Coach Smith said. “She has worked hard in the offseason to improve her jumping and speed. I’m excited to see her succeed in her senior season.”

Snopel, a setter, recorded 255 assists as a junior.

“Caleigh is a great defensive setter for us,” Smith said. “She has worked with her hitters to create an up-tempo offense. She has a powerful jump float that I anticipate her getting a lot of points off of. As a third-year starter, her court leadership will be valuable to us this season.”

Otterman is a defensive specialist.

“Maddie is such a hard worker, has a great court presence, and is very motivated by this year,” Smith said.

“Kearsten is a natural athlete and is one of our most consistent passers. She has a solid jump serve and can get us a lot of points,” Smith said. “Lexie will help us defensively this season. Izzy is a versatile player that can step in to play outside or right side if we need her.”

With a solid core group of veterans, the key to Madison’s success this season is for the Blue Streaks to come together as a team and to effectively communicate throughout each match.

If that happens, Madison will be well on its way to achieving its goals this season.

“We have a pretty well-rounded team,” Smith said. “(It’s) a strong serving team with scrappy defense and several hitters that can put the ball away. If we can stay consistent, we will do well.”

September 24, 2021
Independence got off to a fast start and only got better in winning a road match over rival Cuyahoga Heights on Thursday, 3-0.