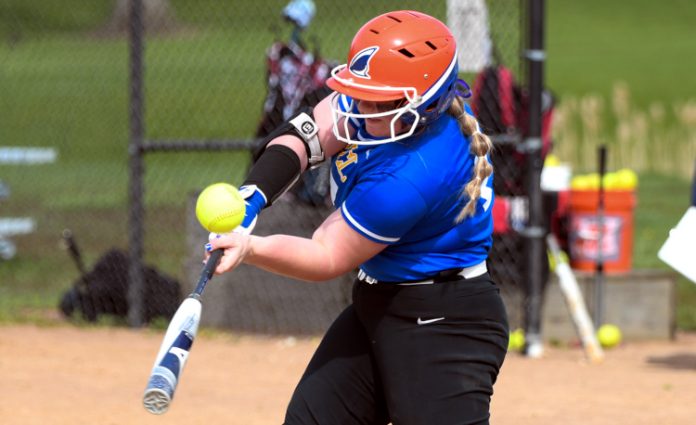 No. 13 Notre Dame-Cathedral Latin proved too much for No. 10 Alliance in a Division II sectional final on Thursday.

The Lions defeated their hosts, 6-1, and now will play top-seeded Marlington in a district semifinal at Hubbard High School on Tuesday.

“It’s rewarding,” said NDCL coach Tiger Alexander. “For the seniors that have been in our program and the newcomers, they need to enjoy the journey because it’s not automatic, and that’s what they’re doing.”

NDCL took a 1-0 lead in the top of the second on back-to-back one-out singles from Ava Baeslach and Giana Messina.

An error allowed the Aviators to push across an unearned run in the bottom half of the inning to tie the game but the Lions roared back with three runs in the third.

Celia Anthony started the rally with a leadoff single and Jeanna Sukey bunted her to second. Lucy Joyce reached on an error that put runners at first and third and Madi Dutton followed with a three-run home run to center.

Two errors put Alliance runners in scoring position in the fourth but Dutton retired the final two batters of the inning to preserve NDCL’s 4-1 lead.

Lexi Simon and Anthony hit back-to-back one-out singles in the sixth and Sukey laid down a sacrifice bunt to score Simon to push the lead to 5-1.

Alliance’s first two batters in the bottom of the sixth reached on singles but Dutton once again slammed the door with two flyouts and a strikeout.

Dutton and Ava Morano drew walks in the seventh and Messina hit a two-out RBI single to close out the scoring.

“We just chipped away,” Alexander said. “We have an ensemble cast and every day it’s somebody different doing something to contribute. We created traffic on base and when you create traffic, you get opportunities, and that’s what we did today.”

Anthony led the Lions at the plate as she finished the game 3-for-3 with a run scored. Messina was 2-for-4 with two runs batted in and Dutton knocked in a team-high three runs.

Dutton allowed one unearned run on two hits and struck out 12 in a complete-game victory.

“Celia Anthony was active on the bases and Giana Messina had some clutch hits,” Alexander said. “We just focused on doing the little things.”