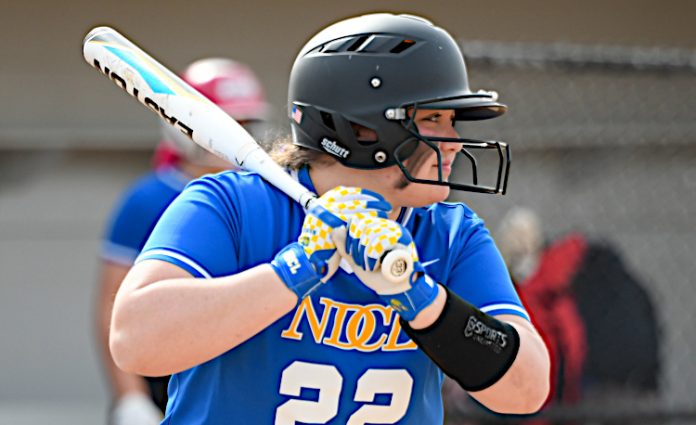 While most high school softball players have turned their attention to their club seasons, Notre Dame-Cathedral Latin’s Sophia Rowan had one last opportunity to represent the Lions.

Rowan took part in the Ohio Fastpitch Coaches Association’s Underclassmen Tournament on June 21 and 22 in Pickerington.

“Overall, it was a great experience,” Rowan said. “I got to play with and against some of the best softball players in the state. These girls were amazing athletes. I also enjoyed being coached by some of the best coaches in Northeast Ohio. We played 40 innings in two days in some really extreme heat. It was exhausting but well worth it. It is an experience that I will never forget.”

Rowan, who recorded two hits with a double, played out of position to help her team.

“I think I held my own,” she said. “While I was there, I didn’t get to play my primary position, which is first base. Coach Noall needed me to play third, so that’s where I was the whole tournament. I was very happy with my performance on defense. At the plate, I battled against some tough pitchers. It was definitely a challenge, but I was able to put the ball in play.”

Competing in the tournament also allowed Rowan to team up with some of the players she competed against in the spring.

“I think my favorite thing about the tournament was being able to play side-by-side with girls that I normally compete against,” she said. “For example, I got to play with two girls from Walsh Jesuit. Since they are in our conference in high school, I have to play against them twice a year. This week it was great to be teammates in the same dugout and cheer each other on.”