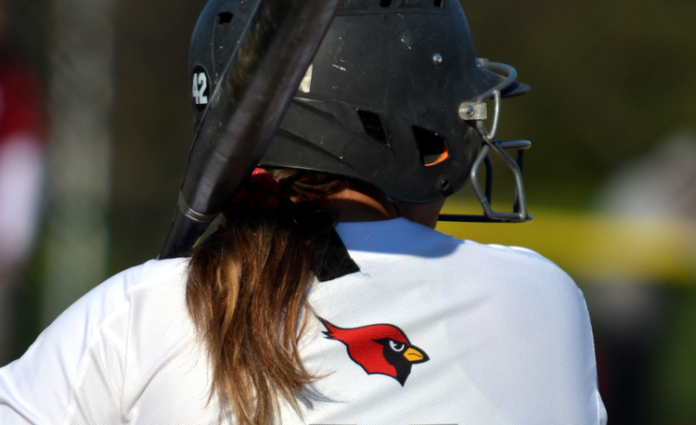 There’s always a certain level of difficulty in taking over as the head coach of a high school program, but doing so during a global pandemic adds a few more obstacles to clear.

Fortunately for new Mentor softball coach Jo Bondra, she already has experience managing a program during the COVID-era.

Bondra, who was selected in November to replace Michelle Thompson, coached the Orange girls’ varsity soccer team this past fall, so she was as prepared as anyone to take the reins at Mentor.

“COVID hit us hard there so we did a lot of online workouts and workouts that I would take home and send to the girls at Orange, so I was familiar with the COVID aspect coming into this because I went through it in the fall,” Bondra said. “There have been a lot of zoom calls. We did a lot of zoom meet and greets and talked about expectations and all of that. I work sales during the day so I’ve been doing zoom calls for the last seven years, so that was nothing new to me.”

Bondra, a 2011 Mayfield graduate who went on to play softball at Bluffton University, volunteered at Solon in 2016 and then spent the next three seasons (four if you count the COVID year) as the head coach at Andrews-Osborne Academy.

Despite her past experience, she’s as excited as ever about the challenge ahead of her.

“That has been one of my goals since I got out of college,” Bondra said. “I know with my knowledge and background, I can give back to a school like Mentor and teach these girls. It is very exciting. I’m just ready to get started. I have a lot of good players and overall girls and athletes and families that I’m able to work with. I’m excited to get started and start my career in Division I high school softball.”

Karako had the Cardinals entered into a winter league prior to Bondra being hired, so the new coach had one less hurdle to clear.

“We were able to still play out in Lorain so when I got hired, they were already playing,” Bondra said. “I was able to go sit in the stands and just watch and see what was going on out there.”

What she saw then, and what she has seen in the first couple of weeks of spring practice, has been encouraging.

“The main thing I’ve seen is just leadership,” she said. “It comes out from the freshmen through the seniors. It doesn’t matter if they’re returning varsity players or a first-year JV player, they are cheering everybody on. They’re trying to teach the younger girls that I’m teaching and they’re passing that along. The atmosphere has been awesome.”

While COVID wiped out the 2020 season, leaving with coaches around the area with plenty of question marks heading into the spring, Bondra is confident she has two solid pitchers to build the program around.

Leah Temple and Kristen Dems are projected to spin the ball from the circle this spring.

“I believe that we have one of the better pitchers in the area so I’m excited to see her throw,” Bondra said of Temple. “Right now, she’s our No. 1 and Kristen Dems is our No. 2. We have the pitching and we have the atmosphere that we need and we have the girls who want to work hard and get better. We all have one goal in mind and that’s what we’re going after every day, to get some banners on the wall in Mentor’s gym. I don’t see a banner since 2016.”

Bondra also has what she believes is a well-rounded coaching staff.

In addition to Karako, who was an outstanding hitter and field in her playing days, Bondra also hired onto her staff Erwin Hines, Brooklyn Benkowski, and Mickey Haba.

Hines formerly coached at Beachwood, Brush, and Chardon and brings a wealth of experience and knowledge to the squad. Benkowski, who played at Twinsburg, will assist with the JV squad and provide catching instruction throughout the program. Haba played high school baseball at Twinsburg and then went on to play at Baldwin Wallace.

“(Hines) has been all over the softball world,” Bondra said. “I coach travel ball with him in the summer. He can navigate the pitching aspect of the game and that’s about the only thing I have never done because I was never a pitcher. I’ve caught; I’ve played the infield and the outfield, so I brought him on for that and his experience. Brooklyn has been doing a lot of the catching stuff and Mickey is working with the outfield.”

Transitioning from one head coach to another is never an easy task. Add in the lost COVID season and the challenges related to the pandemic and Bondra and her staff have their work cut out for them this spring.

But, she wouldn’t want it any other way as she tries to lead the Cardinals to the top of the Greater Cleveland Conference standings. That’s a tall order considering state powerhouse Elyria has

“We have a lot of hurdles to clear but I believe we have a group this year that can put up a fight against those Elyrias of the world,” she said.