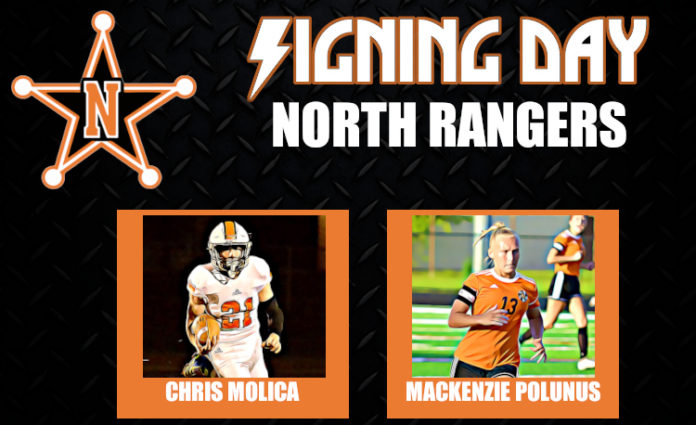 North’s Chris Molica and Mackenzie Polunus on Wednesday became the latest Rangers to officially announce their intent to continue their educations and playing careers in college.

Abby Carter and Jess Dodd previously signed letters of intent back in November. Carter will play basketball at the University of Akron while Dodd will play softball at Kent State University. 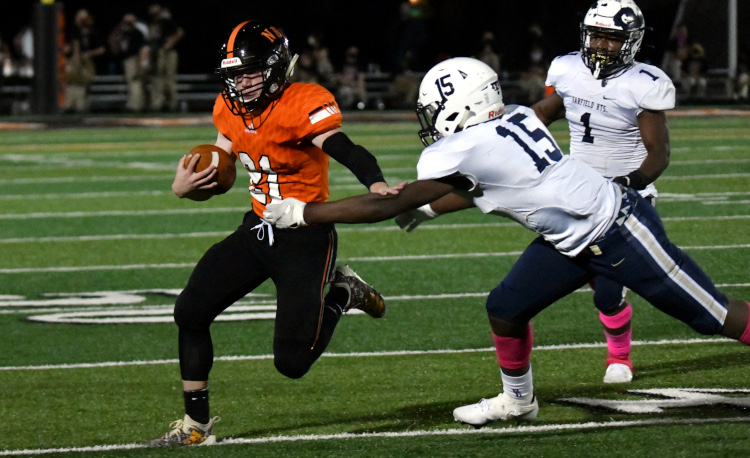 Molica signed with Lake Erie College where he’ll play football for the Storm.

“It’s a very exciting opportunity to have and I can’t wait,” Molica said. “It’s something I’ve always dreamed about growing up, so it’s great to be able to make that dream come true.”

The decision to attend Lake Erie was an easy one.

“The visit really sold me,” Molica said. “I loved the campus and the coaching staff is amazing. It also meant a lot to me that they could look past my size and offer me a scholarship.”

While Molica dazzled Rangers fans as a quarterback in high school, he’s going to bounce out to the outside to play wide receiver in college.

“I think it’ll be a smooth transition,” he said. “I’ve been working a lot on some footwork stuff and routes and stuff like that. Changing positions is never easy, but I was able to switch from being a cornerback to a quarterback within a week when Dylan (Froelich) got hurt junior year, so I think I’ll be fine.”

Molica is undecided on his educational plans but he is certain about one thing. He’s ready to take his play-making ability to the next level.

“Expect to see the same thing that you’ve seen from me at North the past four years…leadership, speed, and explosiveness,” he said. 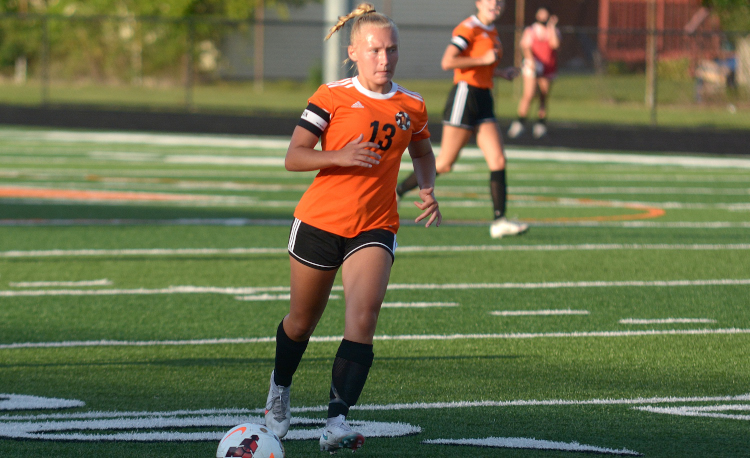 Polunus indicated her plans to attend Marietta College where she’ll continue her soccer career and major in Psychology with future plans of obtaining a degree in Criminology or Forensics.

“It is very exciting knowing that I am able to continue my athletic and academic career in college,” Polunus said. “It has always been a big dream of mine and I’m so excited that I accomplished this dream.”

Marietta’s small campus setting was a big factor in Polunus choosing to attend the school. She also appreciated the fact the Marietta coaching staff was willing to take a chance on her after she played just three games during her senior year due to a knee injury.

“I’ve always loved the smaller campuses compared to the bigger ones,” she said. “Marietta instantly felt like home on the first visit and everyone was so welcoming, which made my decision very easy. Coach Sean (Kaighin) was also very willing to work through my injury and recovery with me.”

“I have a lot of faith in myself to meet the challenges and requirements for this position,” Polunus said.

In her four years at North, Polunus and the Rangers didn’t win many games but she’s excited for the opportunity to play at Marietta and will rely on the skills and determination she developed during her high school career to guide her in college.

“One of the biggest goals of mine throughout my college career is to win a championship with the team and make an impact to help better myself and teammates,” she said. “I want to thank North for the last four years. Although we did not accomplish a lot, I will forever cherish the memories made. One of the things I’ll miss the most is the everlasting support for one another regardless of the outcome; I have never met a more determined and hardworking group of girls.”