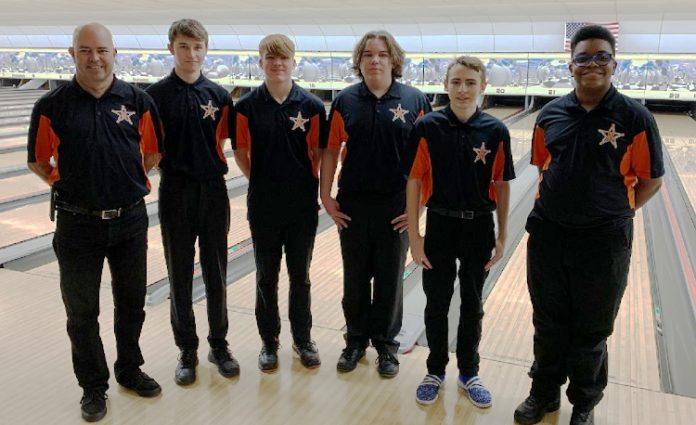 North’s bowling team saw its win streak come to an end with a loss to rival South last week.

The Rangers closed out the 2020-2021 season with 15 straight wins and then opened this year with an eight-match win streak.

“It was amazing,” said North coach Brian Dailey. “I lost two of my seniors so coming into this year, I’m coming in with a very young team. I was thinking to myself that we weren’t going to have a very strong team because we’re young and the other schools have a lot of seniors coming back but watching these kids, it’s been something special.”

The Rangers set season-highs for the overall match total, one game total (991), and in the Baker match (238). Their two-game total was over 200 pins better than their season average.

“I told them after we lost that first match that they are part of something special,” Dailey said. “When we bowl South it just brings out the best in our guys, and in their guys, and I told them they have nothing to be ashamed of. It was a pleasure watching that match and it was probably one of the first times I wasn’t too upset about losing because they did so good.”

North bounced back with a win over Bedford this week and the Rangers have a lot of season left.

“We’re not done yet,” Dailey said. “We still have a shot to win the conference. We just have to get back to what we were doing and not dwell on the past. We always have to look forward and move on. We’ll start a new streak and we’ll get South again (on Feb. 3) and hopefully, we’ll beat them.”

Sauric leads the team this year with a single-match score of 268.