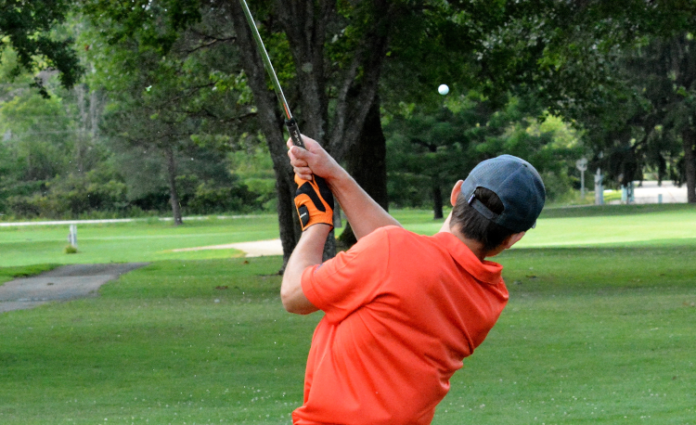 The win was the first for the Rangers over the Rebels in eight years.

“Beating your rival is always a great feeling. It’s been a long time since we’ve beat them, which makes this victory mean so much more,” North coach Matt Kozlevcar said. “The guys were so excited to get this win. The seniors have worked so hard over the last four years for this. I am so proud of them and glad to see all their hard work pay off. “

“It was a great feeling to get my first medalist honors and to do it against our rivals, South, was very special,” Sauric said. “There were many things going right today but the most important ones were definitely my short game. My chipping was on point and I made the putts I needed to make.”

Playing his best in a rivalry match left Sauric more eager than ever for the rest of the season.

“My confidence definitely goes up because I know that the work I put in is paying off and I hope to keep my scores more consistent,” he said.

Tyler Schwenk finished with a 40 and Jack Rypinski and Dan Goerndt closed out the scoring with a 44 and a 49, respectively.

“All of the boys on the team are hungry to win,” Kozlevcar said. “So far this season, the boys have had each other’s backs on the course. When someone isn’t playing their best, a teammate finds a way to pick up the slack. Each victory we’ve had increases their collective confidence. Every guy on the varsity team has found a way to contribute to our success this season.”

Colin Ackerman and Ryan Boyd both shot 43 to lead the Rebels.