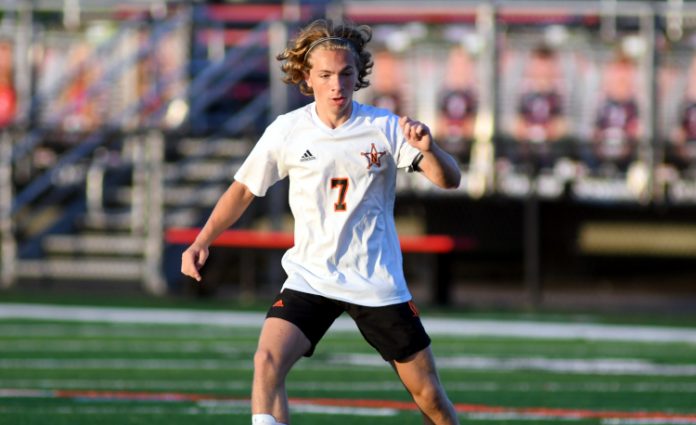 North is in control of its own destiny after a 3-2 win over rival South in a Western Reserve Conference showdown on Tuesday.

The Rangers and Rebels both entered the game undefeated in league play and now North remains the lone unbeaten or untied team in the conference.

“It’s a rivalry game for the kids, but we just tried to emphasize it being another day at the office, and let’s just go out and do our jobs and try to leave the emotion out of it,” said North coach Steve Misick. “The kids get pretty hyped up about it and we played pretty well.”

Floyd Lomis gave the Rangers an early 1-0 lead when he crossed a ball off a South defender and into the net in the seventh minute.

Lomis added another goal off a Dan Tadic assist three minutes later to push the North lead to 2-0.

South’s Luka Pranjeta tied the game late in the first half but the Rangers struck again in the first 30 seconds of the second half when Lomis notched a hat trick.

South scored late in the second half to pull to within 3-2 and then the Rebels closed the game in dramatic fashion as they lined up for a free kick in the closing seconds but the Rangers denied that opportunity to seal their win.

“We’re in a good spot,” Misick said. “We’ve turned a corner and we have won five of our last six games and that 1-0 loss to North Canton Hoover should have been 0-0 if it wasn’t for a ball that trickled over the goal line with two minutes left.”

North travels to Strongsville on Thursday.

Rebels look for bounce back year