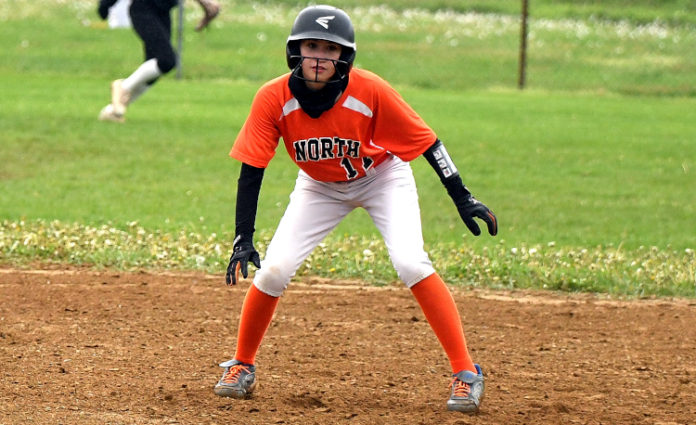 Madilyn Cicero always dreamed of playing college softball and she has worked hard over the past several years to reach that goal.

On Thursday, her efforts paid off as she announced her commitment to continue her playing career and education at Waynesburg University in Southeastern Pennsylvania.

“Being able to lock in my commitment is absolutely amazing,” Cicero said. “I have been working so hard to be the player I am today and I wouldn’t have done it without the support of my family, teammates, and coaches. I am very excited to see what the future has for me.”

Cicero plans to major in nursing and Waynesburg has one of the top programs in the state.

“After deciding the major I wanted to go in, which is nursing, I researched the school and saw that they are ranked No. 2 in PA for nursing,” Cicero said. “After having the chance to talk to the Chair of Nursing, I really liked how the classes were run and how well she explained the program to my family and me.”

She is impressed with the way the coaches push their athletes to excel both on the field and off of it.

“The kind of relationship I have with the coaching staff is amazing,” she said. “They are willing to push me to be a student-athlete. You are a student first and that is their main priority for us. The coaches are like my dad; they don’t beat around the bush and they tell you what you need to do and what you need to work on. That’s what I love in a coach, be hard on me and tell me what I did wrong and how I can fix it.”

Cicero, who plays right field at North, was recruited as an outfielder and a leadoff hitter.

“I believe that with my speed and the way I track the balls in the outfield, I will be a great fit for the team,” she said.

As a junior, Cicero batted .277 with a .358 on-base percentage. She scored eight runs and knocked in 10 more. She struck out just six times in 55 plate appearances and was perfect in her stolen base attempts.

She remains focused on improving as a player and that starts with her mental approach to the game.