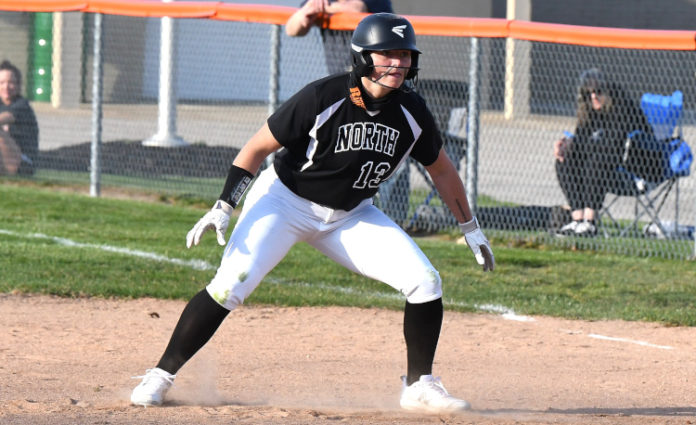 Several athletes from area schools have been named the Ohio Varsity Athletes of the Week for the weeks ending April 18.

All statistics incurred during the week beginning April 12 and ending on April 18. 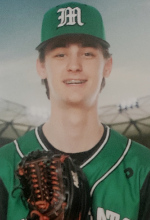 Name: Raymond Kristosik
School: Mayfield
Grade: 12
Stats: Struck out 12 in a complete-game shutout in a matchup of undefeated teams; allowed just three hits to the 27 batters faced and picked off two runners
Coach’s Quote: “Raymond has been dominant on the mound all season,” said Mayfield coach Darren Rapposelli. “He wants to be the one on the mound when we have a tough matchup. He is extremely confident in his abilities and handles pressure situations with the best of them. He makes calling pitches extremely rewarding for Coach Hayes. Raymond hits his spots and has command of all of his pitches. The crafty lefty always gives his team a fighting chance when he takes the mound.” 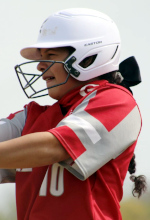 Name: Carmen Alvarez
School: Geneva
Grade: 10
Stats: Batted .600 (6-for-10) with one triple, five runs scored and five RBI; fielded 16 balls cleanly at shortstop
Coach’s Quote: “Carmen is the kind of player that you know when she steps in the batter’s box she is going to put the ball in play or when the ball is hit to her at short that she is going to make the play,” said Geneva coach Eleshia Pitcher. “She is one of the most fundamentally solid players I have coached. She works very hard and will do whatever is asked of her.” 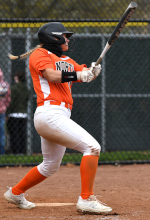 Name: Jess Dodd
School: North
Grade: 12
Stats: Batted .800 (16-for-20) with four doubles, one triple, three home runs, 14 runs scored, and 16 RBI; 0 error in five chances from her center field position
Coach’s Quote: “Jess has been on a tear from the plate,” said North coach Taylor Braddock. “She hit her first home run of the season on Senior Night then followed that up with two more throughout the week. Jess has worked so hard in season and out of season in every aspect of the game to reach the level of success she did this past week. She has put together a very solid start to her senior season and we can’t wait to see what else she does for the remainder of the season.” 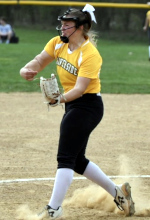 Name: Grace Fisher
School: Riverside
Grade: 11
Stats: 2-0 in the circle with 20 strikeouts and just one earned run on four hits; was 2-for-3 at the plate with a double
Coach’s Quote: “Grace has been a rock for us in the circle this year,” said Riverside coach Bill Ross. “She is now 7-0 on the season and has some big wins against Austintown Fitch and Mentor. She has really embraced her role on this team and is excelling. I feel she is getting stronger as the season progresses and can’t wait to see how she finishes this year.” 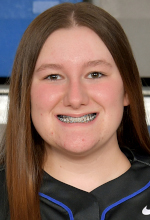 Name: Megan Mlinaric
School: Gilmour Academy
Grade: 11
Stats: Batted .600 (6-for-10) with a double, two home runs—one being a grand slam, three runs scored, and eight runs batted in; also was 2-0 in the circle with a 1.50 ERA with five strikeouts in 14 innings of work
Coach’s Quote: “Megan has done well on the mound and at the plate for us so far this season, but she hasn’t even reached her full potential,” said Gilmour coach Tony Bondra. “Watching her earn two wins against higher-level opponents, including a formidable Independence in extra innings, exhibited her growth as a competitor. She kept her composure under pressure and got the job done. On offense, we know she’s a great power hitter. She can hit the long ball or hit rockets in the gaps. We started to see more of that this week. Her grand slam was a sweet shot that cleared the fence by at least 20 feet, if not more. It was pure power and we couldn’t be happier to see her finding her groove. She is a definite key to our success this season.”