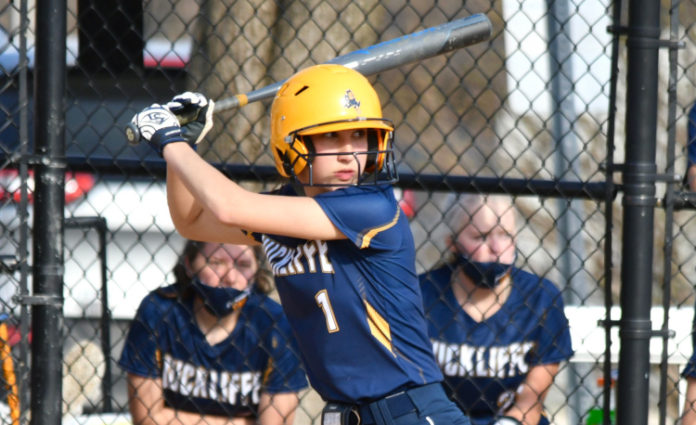 Several athletes from area schools have been named the Ohio Varsity Athletes of the Week for the weeks ending April 25.

All statistics incurred during the week beginning April 19 and ending on April 25. 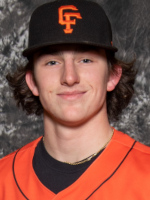 Name: Donny Hardy
School: Chagrin Falls
Grade: 10
Stats: Batted .556 (5-for-9) with a double, a triple, four RBI, and five runs scored
Coach’s Quote: “Donny is a sophomore who is improving each and every week,” said Chagrin Falls coach Michael Sweeney. “He is really starting to play some great baseball for us. Donny has done a great job in centerfield and he is turning into a big-time hitter. Donny seems to hit every ball hard and is a force in the middle of our lineup. He works as hard as anyone and will continue to get better and better, which is scary. Over the past three weeks, Donny is hitting .520 with two doubles and a triple while collecting 13 hits.” 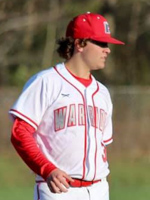 Name: Ethan Stalter
School: Edgewood
Grade: 12
Stats: Batted .444 with three runs scored, an RBI, two stolen bases, and a .667 slugging percentage; Pitched four innings with a 3.50 ERA
Coach’s Quote: “Ethan has been on fire lately,” said Edgewood coach Jeff Barger. “He’s barreling up just about everything. He’s been a big contributor at the plate, at third base, and on the mound as part of our rotation. He’s having a great senior campaign.” 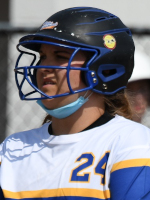 Name: Tiffani Niro
School: Independence
Grade: 11
Stats: Batted .400 (6-for-15) with two doubles, four runs batted in, and struck out six in five scoreless innings
Coach’s Quote: “Tiffani has developed into an everyday player for us this year,” said Independence coach Garry Moore. “She has taken coach (Mallory Kobak’s) instructions with regards to her hitting and it has paid off. She really came through against NDCL with her bat. Having her also as our No. 2 pitcher has made her a valuable member of our team. I asked a lot from her at the beginning of the season and she struggled early but has gained much-needed confidence to become a player her teammates can depend on to do her job.” 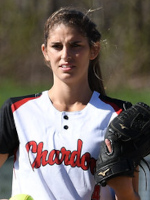 Name: Kayla Noerr
School: Chardon
Grade: 12
Stats: 4-0 in the circle with 1.75 ERA and 42 strikeouts; batted .421 (8-for-19) with two home runs, six runs scored, and six RBI
Coach’s Quote: “Kayla is the backbone of our team and had a tremendous six-game week in the circle and at the plate,” said Chardon coach Stewart Landies. 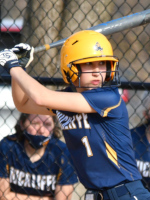 Name: Laylah Ruscin
School: Wickliffe
Grade: 10
Stats: Batted .667 (6-for-9) with a triple, two home runs, three RBI, six runs scored, four stolen bases, and a pair of walks
Coach’s Quote: “Laylah has been our offensive spark this season,” said Wickliffe coach Marlana Mucciarone. “With her in the leadoff spot, she has provided the momentum we need. She is able to get on base and then use her speed to put pressure on the defense. In center field, she tracks down fly balls effortlessly and makes outs on balls that would otherwise be hits. She is doing a great job for us.” 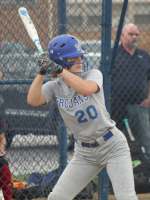 Name: Katie Ziegler
School: Trinity
Grade: 12
Stats: Batted .667 (4-for-6) with a double, a triple, and a home run, along with three walks, four runs scored, and five RBI
Coach’s Quote: “Katie has been phenomenal at the plate all season,” said Trinity coach Alee Burke. “She has provided a truly consistent and quality at-bat in the lineup, and when she steps in the box you can see the confidence radiate off of her. Katie continues to drive the ball hard and her production has proven huge for the Trojans.” 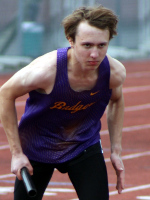 Name: Zach Bable
School: Berkshire
Grade: 9
Stats: Placements at multiple meets including in the 800 (2:16), 400 (55.56), the long jump, and two relays
Coach’s Quote: “As a freshman, Zach has made amazing discoveries in his abilities,” said Berkshire coach Aimee Green. “He is a good getter and has made huge improvements. He placed eighth in the 400 at East Palestine (55.56), ran an excellent 800 at Cuyahoga Heights, placing third, and is working to secure his spots on the 4×800 and 4×400 teams, as well as the long jump. We look forward to many things from Zach in the future.” 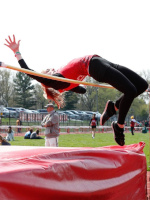 Name: Emmy Bryan
School: Geneva
Grade: 12
Stats: Finished fourth in the pole vault (8-6), 12th in the 400m, and also cleared 5-3 in the high jump
Coach’s Quote: “Emmy has tremendous work ethic,” said Geneva coach Emily Long. “She has a positive attitude every day, which helped her to get past that five-foot barrier and then excel from there.”