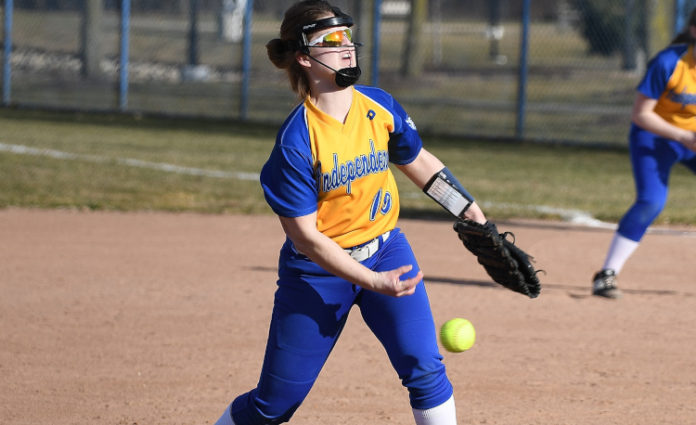 Several athletes from area schools have been named the Ohio Varsity Athletes of the Week for the weeks ending April 11.

All statistics incurred during the week beginning April 5 and ending on April 11. 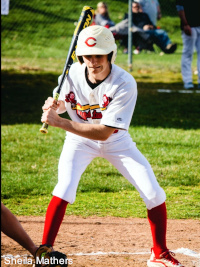 Name: J.P. Wrobel
School: Crestwood
Grade: 9
Stats: Batted .429 (3-for-7) with three runs scored, a walk, four stolen bases, an RBI, and a 1.000 fielding percentage with four putouts and an outfield assist
Coach’s Quote: “Crestwood freshman centerfielder J.P. Wrobel is putting together a solid campaign and had a breakout week this past week,” said Crestwood coach John Bakalar. “Coming off a very successful wrestling season that saw him qualify for Columbus, J.P. has made a smooth transition to baseball despite only having approximately a week of practice before the regular season began. We knew J.P. would be someone who would be a building block for the future but he has exceeded expectations by having an immediate impact on the field.”

Name: Lilly Agostine
School: Perry
Grade: 10
Stats: Batted .526 (10-for-19) with two doubles, two home runs, seven runs scored, 12 RBI, and a stolen base
Coach’s Quote: “Lilly has had a pretty memorable week in hitting a couple of home runs late in games to help the team have success and especially the one in the Lakeside game, not only winning the game but securing the (league winning) streak to live another day,” said Perry coach Joe Medlen. “Lilly has been working incredibly hard since the summer of her freshman year. She has really bought into what our program is all about. She never missed a day in the weight room, hitting or conditioning in the offseason for two years. Lilly is a great kid with an incredible work ethic and is proof if you put the work in you will be rewarded. I cannot wait to see what the future holds for her.” 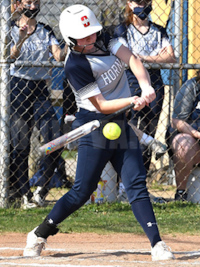 Name: Gianna Cantini
School: Kirtland
Grade: 11
Stats: Batted .583 (7-for-12) with three home runs, five runs scored, 10 RBI, four walks, and just one strikeout
Coach’s Quote: “Cantini showed a lot to resilience and drive last week,” said Kirtland coach Jamie Kamensky. “She demonstrated her power at the plate and really started to see the ball well. She is starting to heat up and really get into the groove for the season.” 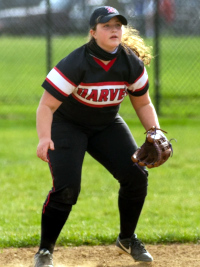 Name: Mira DiPierro
School: Harvey
Grade: 11
Stats: Batted .700 with two triples, four runs scored, one RBI, a .750 on-base percentage, and a 1.100 slugging percentage
Coach’s Quote: “Mira has been hitting clean-up for us all season,” said Harvey coach Betsy Hada. “She is seeing the ball very well and leads our team in doubles and triples. She exemplifies our hold the rope mentality and is a great leader for our team.” 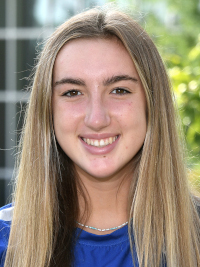 Name: Emmy Klika
School: Gilmour Academy
Grade: 12
Stats: Batted .545 (6-for-11) with one double, two home runs (one a grand slam) and 10 RBI
Coach’s Quote: “Emmy’s offensive showing for the week was impressive,” said Gilmour coach Tony Bondra. “Even though we expect her to have solid performances at the plate day in and day out, what she did Saturday against Chagrin was tremendous. She’s one of the best hitters in the area and we look forward to seeing her continue to produce.” 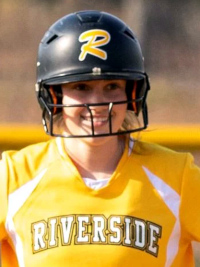 Name: Emma Kovalchuk
School: Riverside
Grade: 11
Batted: .704 (19-for-27) with six doubles, two home runs, 17 runs batted in, and 16 runs scored
Coach’s Quote: “Emma is a fun, energetic player that plays softball the right way,” said Riverside coach Bill Ross. “Emma has been a rock in the two-hole this year. She is bringing a great balance of contact hitting and hitting for power. Emma is not just a solid hitter, she has made some critical plays for us in left field in some big games. She is a fun kid to coach.” 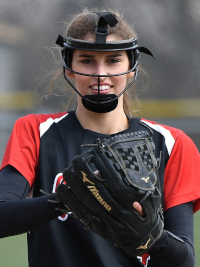 Name: Kayla Noerr
School: Chardon
Grade: 12
Stats: 15 innings pitched with a 0.00 earned run average and three wins, two hits allowed, and 30 strikeouts; Batted .500 (4-for-8) with a double, a triple, and two runs batted in
Coach’s Quote: “Kayla dominated in the circle last week,” said Chardon coach Stewart Landies. “Not only is she throwing hard, but she’s hitting spots and spinning the ball for strikes. Kayla is a gifted athlete and is committed to be a Bulldog at Butler University next year.” 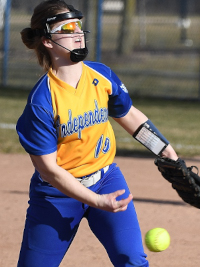 Name: Ashleigh Porter
School: Independence
Grade: 11
Stats: Batted .545 (6-for-11) with six runs scored, a double, a triple, and a home run; 16 innings pitched with three earned runs, four hits allowed, 24 strikeouts and three wins
Coach’s Quote: “Ashleigh is one of the premier players in Cuyahoga County and rightfully so,” said Independence coach Garry Moore. “She has been dominant, both on the mound and at the plate. She’s the player every coach wants on his team not just for her obvious talents, but for her leadership and enthusiasm. I hope every college coach around is able to see her in action. She’s going to do great things in the future.”