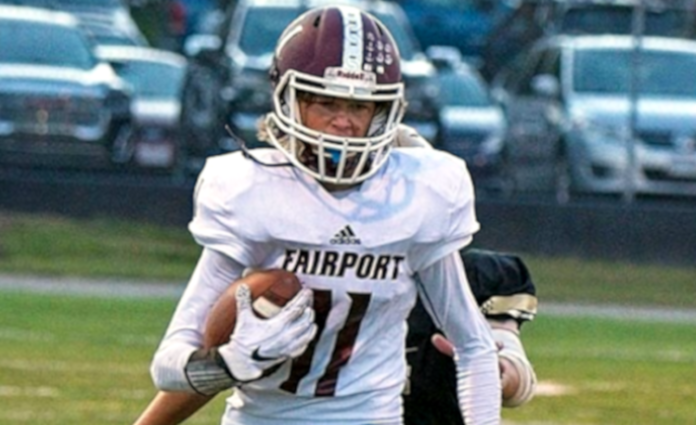 Athletes from five different schools have been named the Ohio Varsity Players of the Week.

All statistics incurred during the week beginning Sept. 7 and ending on Sept. 13. 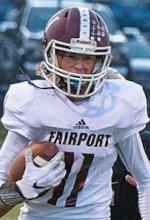 Name: Sam Honkala
School: Fairport Harding
Grade: 11
Stats: Caught seven passes for 104 yards and picked off two passes
Coach’s Quote: “Sam played well in our first two games, but he emerged as a big-time playmaker in week three against Windham,” Fairport coach Cameron Ruff said. “He is a first-year junior and he has worked hard over the summer to gain weight and learn our passing routes and coverages. He is extremely intelligent and asks questions to better understand his responsibilities.He caught a season-high seven passes on offense for 104 yards and made some clutch catches on third downs. He also intercepted two Windham passes that took Windham’s offensive momentum away. He has also done a tremendous job as our holder on extra points and other special teams units. He rarely comes off the field and he is a strong contributor to our team. He displayed those contributions full force in week three and led Fairport to a 30-0 win.”

Name: Jalen Minter
School: Beachwood
Grade: 11
Stats: Complete 8-of-18 passes for 179 yards with one touchdown and ran for 121 yards with two touchdowns and a two-point conversion
Coach’s Quote: “Jalen Minter converted to QB this summer from playing WR a year ago and was very dynamic and explosive at the QB position for us,” Beachwood coach Damion Creel said. “He did it, all along with playing corner. Our team only had seven days to prepare for Crestwood, which was our first game and their third game.” 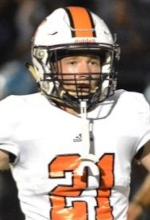 Name: Chris Molica
School: North
Grade: 12
Stats: Ran for 188 yards and three touchdowns
Coach’s Quote: “Chris is a special player,” North coach Shawn Dodd said. “He has gone over 100 yards every week. He has over 400 yards on the season and six touchdowns. He’s like watching a real-life video game.” 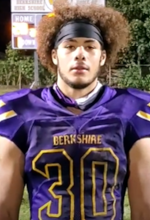 Name: J.J. Perrin
School: Berkshire
Grade: 12
Stats: Recorded 11 tackles, including three for a loss, 3 ½ sacks and caused/recovered a fumble
Coach’s Quote: “J.J. was a major part in our victory on Friday night,” Berkshire coach Josh DeWeese said. “He dominated the line of scrimmage all night.” 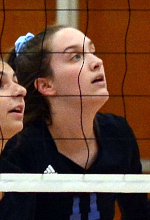 Name: Alli Suttell
School: South
Grade: 12
Stats: Recorded 54 assists, 19 digs, eight service aces and three kills in two matches
Coach’s Quote: “Alli had some timely and crucial kills and aces in our five-set match victory over Riverside,” South coach Bill Behrend said. “Her ability to change a match with her serving, and set choices in rhythm, helped swing the momentum on our side at key points and helped us secure the victories.”