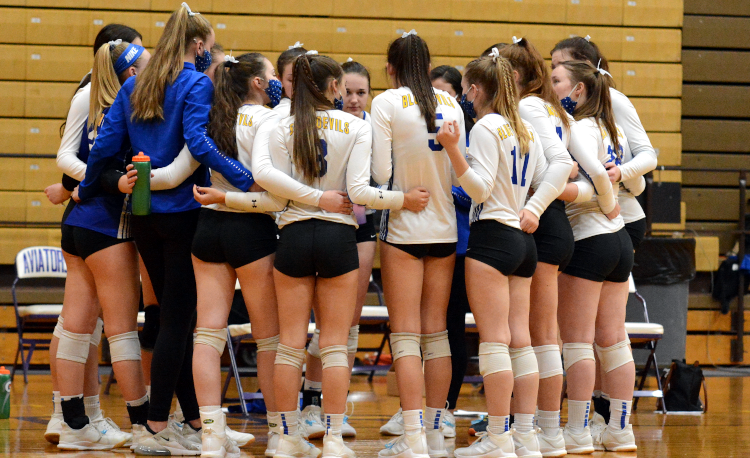 The 2019 Ohio Varsity Volleyball Player of the Year award will be presented at the 2019 Senior Slam and Underclassmen Showcase at Ursuline College on Nov. 10.

Coaches from around the area nominated their players for the award and a committee of coaches narrowed down the nominees to a list of five finalists.

Read through the bios of the five finalists and at the bottom of the page vote for your choice to be Ohio Varsity Player of the Year:

Name: Maddy Bilinovic
School: Independence
Grade: 12
Position: Libero
Stats: Has recorded 99 digs, 28 assists, 21 aces in just 28 sets played
Coach’s Quote: “Maddie is a great volleyball player,” Independence coach Tony Messina said. “Maddie has become a tremendous team leader. She has worked through an injury but in her comeback match against Padua proved how good of a player she is. She is a true competitor and makes the players around her better.”

Name: Margo Huff
School: Willoughby South
Grade: 11
Position: Middle Hitter
Stats: Recorded 209 kills in 489 attempts with a kill percentage of 42.7%, 21 aces, 42 blocks
Coach’s Quote: “Margo is mature beyond her years,” South coach Bill Behrend said. “She understands the game of volleyball, but even more understands how a team works and contributes to the team on a daily basis. Leading, playing, hustling, and being the best teammate are her best traits, her volleyball skills only contribute to those skills.”

Name: Jordan Vencill
School: Geneva
Grade: 12
Position: Outside Hitter
Stats: Has recorded 298 kills with a 32% kill percentage; 41 service aces, eight blocks, 108 digs, and 254 service receptions
Coach’s Quote: “Jordan is our team captain and leader in every sense of the word,” Geneva coach Annah Haeseler said. “She leads by example, always does what is right and what is best for the team. She is a leader in almost every stat area and is just a pleasure to have on our team. I am proud of the young lady she has become, and I cannot wait to see what is in her future.”

Name: Jaden Walz
School: Brooklyn
Grade: 12
Position: Outside Hitter/Setter
Stats: Has recorded 379 kills with a kill percentage of 46.2%, 53 service aces, 13 blocks, 223 digs, 137 assists and 91 service receptions
Coach’s Quote: “Jaden Walz is the dominating force on this young varsity team, both offensively and defensively,” Brooklyn coach Debbie Hall said. “Jaden is a setter by trade, setting for her JO national team, but with necessity, she happily took over the role as our No. 1, go-to hitter. Jaden’s natural skill and positive encouragement to all her teammates continue to show her leadership and true character both on and off the court. Even after some devastating losses, Jaden continued to power through as well as tried to motivate the rest of the team with her never-ending positive encouragement. Jaden’s love and commitment to the sport of volleyball shines through each and every time she steps on the court. Her never give up and never give in attitude is amazing to witness as she moves all over the court making some amazing saves or driving the ball down for the kill.”

Name: Candace Woodward
School: Perry
Grade: 12
Position: Libero/Defensive Specialist
Stats: Recorded 454 digs, including the 1,000th of her career, 517 service receptions, 58 service aces, six kills and 70 assists in 78 sets played
Coach’s Quote: “Candace has been an important player to the Perry Volleyball team in all her four seasons here,” Perry coach Mike Fitzgerald said. “Off the court, Candace is hard-working, kind, and a great person. I have described Candace in the past as a ‘workhorse.’ When Candace steps on the court, all of these unique characteristics about her come out. Candace is someone who gives 100-percent every time she steps on the court whether it be a game, practice or workouts. Our players can always count on Candace for always putting forth her best effort. This season Candace worked harder than anyone to accomplish her goal at getting 1,000 digs. Coming into Perry volleyball and not knowing any of these girls, I am glad I had the privilege of coaching Candace her senior season.”