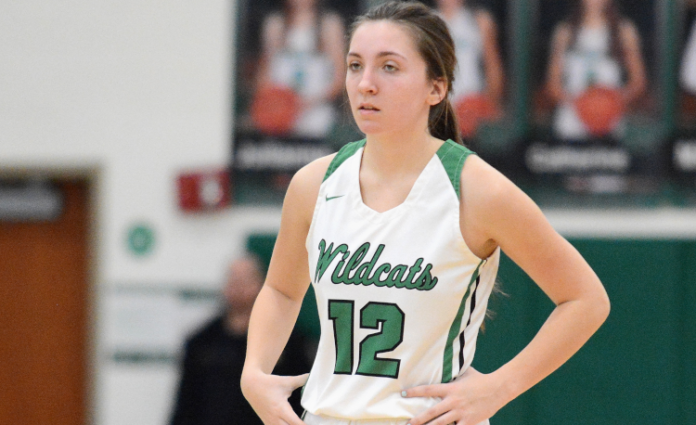 It’s been a long and challenging offseason and despite the uncertainty facing winter sports teams, Mayfield’s girls’ basketball team is ready to tip-off its season at Barberton on Tuesday.

The Wildcats return just two starters from last season, which includes one who didn’t play last year due to injury, but they are optimistic about their potential.

“Our potential is as high as it has been during our time here,” said sixth-year head coach Ryan Looman. “While we may be a younger team in terms of experience, the athleticism and toughness that we have shown at times in our scrimmage schedule has been great to see. I like where we are headed, but we’ve got a long road to travel in order to reach our end destination.”

Mayfield finished just 11-12 overall and 6-8 in the Western Reserve Conference.

Nobody in the program was satisfied with that finish and it’s that unfulfilled promise that has driven the Wildcats in the offseason.

“Plain and simple, we want to improve upon a year ago,” Looman said. “On and off the court, we had areas we needed to be better at and these girls know it. No one is happy with how last season progressed or ended and we want to improve. With all that is going on in 2020, using this team and this game as an outlet and distraction from life means a lot. We can’t let opportunities go to waste as we never know how many we will get.”

She averaged 7.0 points with 2.6 rebounds and 1.0 steals per contest in earning honorable mention All-WRC honors.

“Ashley came on as a junior and always drew the toughest defensive assignment,” Looman said. “She’ll continue a lot of that this season, but she is another player who had a great offseason. She gets after it defensively and also led our team in 3-point shooting a season ago.”

Junior Hannah Peterson, a 6-foot forward, returns to the lineup after missing all of last season with a shoulder injury.

“She gives us game-changing length and athleticism in the middle and physically has become a much stronger player,” Looman said. “We expect her to pick up where she left off. She is a leader on and off the floor and someone who allows us to do many different things.”

Senior Regan Sovchen and sophomores Alex Duncan and Uriah Jennings are projected to fill out the starting lineup.

A 5-foot-8 forward, Sovchen averaged two points and two rebounds per game last winter. She was named a team captain for this season.

“Reagan has really become a vocal leader for us,” Looman said. “On the court, she can play multiple positions and brings some much-needed shooting to our lineup.”

“Alex is a relentless player who excels in transition. She is a floor general, handles pressure really well with the ball in her hands, attacks the rim, and is an exceptional defender. She worked as hard as anyone to get on the court and seize her chance to play,” Looman said. “Uriah has taken incredible steps since last season. She worked extremely hard this offseason, grew a little, and put on some muscle. She is a different player all-around. She’s a dynamic guard who can score at the rim and defend multiple positions. She’s very far from reaching her ceiling.”

Finotti scored 7.4 points with three rebounds and 2.8 steals per game last season. Zebrowski, a 5-foot-8 guard/forward, averaged two points and two rebounds per game while Nicolli is a 5-foot-7 forward.

“Madeleine is such a diverse player. She can handle the ball, score it, and defends as well as anyone on our roster. She will be on the court more than she is off of it and brings that Swiss army knife game that we look for,” Looman said. “Elana filled a lot of different roles for us last season. She is a player who sees the court, communicates well, and had a strong feel for the game. She’ll again serve multiple roles in the court but she is also someone who will be counted on for her leadership off of it. Liv is our energy and one of our vocal leaders. She’s the consummate team-first player who we just love to coach.”

Harwell, a 6-foot forward, was named the team’s most improved player after dropping in 2.6 points with 3.6 rebounds and 1.5 blocks per game as a sophomore. Moore is a 5-foot-6 guard with loads of potential.

“Dae’Shawna came on for us last season when Hannah was injured and surprised a lot of people. She’s a player who got better every time she stepped on the court. Having her and Hannah as two legit post players is a big deal for us,” Looman said. “Gabby is a physical guard who excels in multiple phases of the game. Once she fully adapts to the speed of the high school game we expect big things from her.”

Overall, and despite losing standout point guard Catherine Rock, the Wildcats are in a good position roster-wise and have the ability to reach their goals this season.

“Unlike in years past, we’ve got some length in multiple spots and some players who can pose potential mismatches for opponents,” Looman said. “We’ve got to use our length and decent athleticism to speed the game up defensively and take advantage of turnovers or errors that our opponents make. Offensively, we’ll look a little different than we have in years past, but we still want to push the pace throughout the course of a game.”