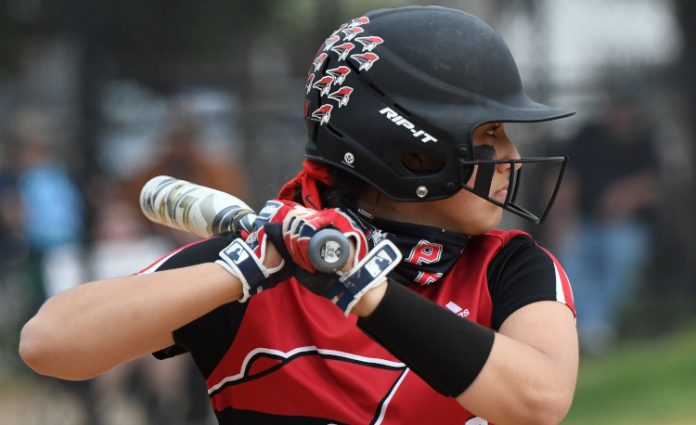 Mother Nature tried to slow down Perry’s hot-hitting lineup but the Pirates showed no signs of rust in a 22-0 win over visiting Lakeside on Tuesday.

The Pirates pounded out 19 hits, including seven for extra bases, in extending their Chagrin Valley Conference winning streak to 71 straight games.

“We were very pleased with the girls to battle through the off-speed pitching,” said Perry coach Joe Medlen. “They worked on being patient and going backside. Much respect for Lakeside as their kids are awesome and very respectful. They just had a few errors here and there and that comes from a young team.”

Sophomore Calli Thompson led the charge for the Pirates as she finished the game 5-for-5 with two doubles and a triple, two runs scored, and she knocked in a team-best five runs.

“When I get in the box, I try my best to keep an open and confident mindset,” Thompson said of her approach in the batter’s box. “The weather was beautiful and everyone was excited to finally have our home opener, so I made sure to keep that energy throughout the game and it paid off. Everyone was laughing and just overall having a great time. The whole team was pumped to finally be playing on our home field and the energy from the first at-bat carried into every at-bat after; it was really awesome to be a part of.”

Gigi Vicini and Rosalyn Tharp both contributed with three hits. Tharp also doubled in the game. Madeline Infalvi and Elise Strahan both pitched in with two hits. Strahan knocked in three runs while Infalvi finished with two RBI.

Faith Hartman and Mia Ward split the five innings in the circle.

Hartman allowed four hits and struck out five in three innings of work while Ward threw two hitless and scoreless innings with a pair of strikeouts.

“From top to bottom, our lineup was pretty strong today, and is always awesome to see everyone contributing,” Medlen said. “Down the road, it’s very important that we try hard to find playing time for everyone. We shortened up our roster this year to try and achieve this. We have a couple players on JV that can and will be pulled up that can also contribute, but again, we have them down so they also can continue to get reps. Overall, it was just awesome to be playing. There were many positives to take away.”

Perry bounces back with win at Harvey