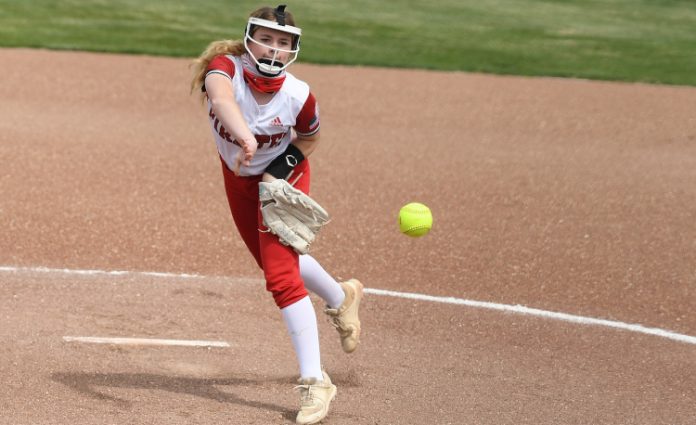 Ward walked just one batter and struck out five in the win.

“It is very exciting pitching a no-hitter as every pitcher wishes to every game,” Ward said. “It makes every game easier defensively so the bats just have to do the rest of the job.”

And the Perry bats were up to the challenge.

The Pirates pounded out 18 hits, including four for extra bases.

Perry scored two runs in the bottom of the first inning and added one in the second. The early lead was all Ward needed to settle in.

“During the game, I really only pitched fastballs on the corners and some drop curves and screwballs for third strikes,” she said. “I did not really need any other pitches.”

She didn’t need any more runs either but the Pirates gave her 11 more in the third and four more in the fourth.

Madeline Infalvi continued to smash the ball as she finished the game 4-for-4 with three runs scored and she knocked in five runs from her leadoff position.

Ward threw just 59 pitches in the game with 38 of them finding their mark.

“Any good game boosts my confidence in the circle, especially when our defense does really good helping making the plays in the field,” she said. “I know any time players hit, my defense has my back and can make the plays.”

The conference win was the 71st straight for the Pirates, who improved to 6-5 overall and 3-0 in league play.