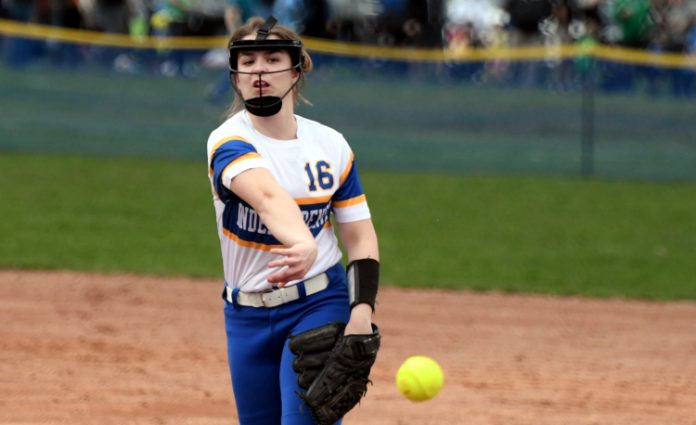 Ashleigh Porter hit a home run, knocked in four runs, and struck out seven in Independence’s 12-2 six-inning win over visiting Wickliffe on Saturday.

“I was very glad that I could play a part in our team win,” Porter said. “The energy and sense of togetherness we created today really solidified my confidence in my abilities.”

Independence scored four runs in the bottom of the first and added three more in the second.

“Getting a lead early is key for us,” said Independence coach Mallory Kobak. “However, scoring every inning to maintain that lead keeps the intensity and momentum on our side. Today, we did a better job of stringing hits together compared to our most previous games. It’s imperative that our at-bat approaches are strong and with clear intent.”

Natalie George and Cat Rieger hit back-to-back singles to open the Independence half of the first inning and Porter followed with a home run to center field.

“My home run was hit off of a pitch that was higher in the zone,” she said. “I really focused on staying calm and not overly eager in the box and I think that played a major component in my success.”

Anna Weber followed with a double and she scored on Macey McGhee’s RBI single.

George hit a one-out home in the second and Rieger followed with a double. Porter then hit an RBI single and scored on Weber’s RBI single that pushed the Independence lead to 7-0.

Porter didn’t allow a hit and struck out seven in three scoreless innings of work in the circle.

Wickliffe scratched across two runs in the fourth against Ally Biondi.

That was as close as Wickliffe would get as Independence responded with two runs in the bottom half of the inning and added another in the fifth. The Blue Devils closed out the game with a two-run sixth.

Weber finished the day 4-for-4 with two runs scored and two RBI. McGhee was 3-for-4 with an RBI and George, Rieger, and Porter all recorded two hits in the win.

“The girls were hitting the ball well,” Kobak said. “Collectively, their approaches were solid and confident today.”

With the win, Independence improved to 8-3 overall and has won three out of its last four games.

“The weather this season has been extremely unpredictable, which led to many game cancellations,” Porter said. “During this time, we have really put in the work and participated in intense and focused practices. As we continue our season, it really comes down to seeing our hard work come into the game setting.”