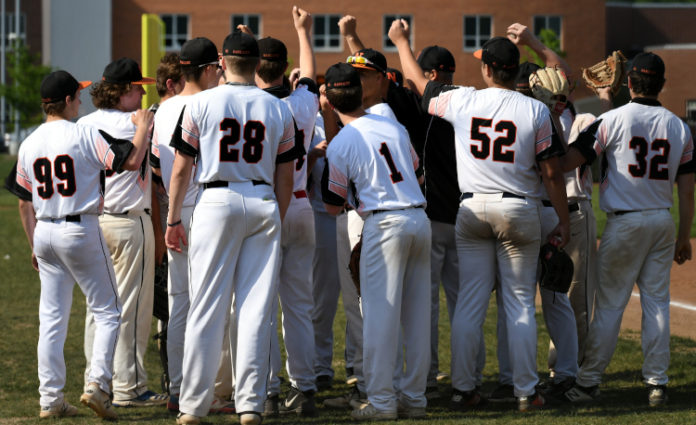 The accolades continue to pile up for the North baseball team.

The Lake County Coaches Club announced its all-star teams this week and four Rangers and their head coach were rewarded for their strong performances this spring.

“It’s awesome,” said North coach Kyle Stahlberg. “All these guys worked really hard. Any extra recognition they can get, I’m all for it. I know they’re excited to see all their hard work pay off not only in the games but to get their names out there as well. It’s pretty cool.”

Barner, a junior catcher/pitcher, batted a team-best .365 with 16 runs scored and 16 runs batted in. He also recorded five wins on the mound and one save with a 2.29 earned run average. He struck out 47 batters in 42 2/3 innings of work.

Britsky, a senior infielder, finished second on the team with a .350 batting average and 20 RBI, 19 runs scored, and nine doubles.

Bucy, a junior outfielder/pitcher, finished third on the team with a .333 batting average with 22 runs and 22 RBI as well as five doubles. On the mound, he was 2-1 with 14 strikeouts in 18 innings pitched.

After leading the Rangers to 16 wins, including a 10-0 start, Stahlberg was named Co-Coach of the Year along with Mentor’s Jeff Haase.

“It’s pretty cool because Jeff is awesome and he’s a great catch,” Stahlberg said. “I was really surprised when I got the notification that I got it. It’s an honor.”

That honor is magnified now that the Coaches Club voted to rename the award after longtime North coach John “Spark” Sankal, who is a member of Stahlberg’s coaching staff.

“Getting an award named after him is really special knowing everything that he has done,” Stahlberg said. “You try to hope to measure up to some of what he has done but I know I’ll never get close to that because he’s amazing.”

Stahlberg also credited the rest of his coaching staff for the success the Rangers enjoyed this season.

“I don’t want it to be cliché but the coaches we have are amazing,” he said. “I talk about them all the time. The fact that the award I got is named after a coach on my staff I think speaks to how awesome all those guys are and how awesome he is. As much as it is my award, it’s all theirs as well because they put in as much work as I do.”