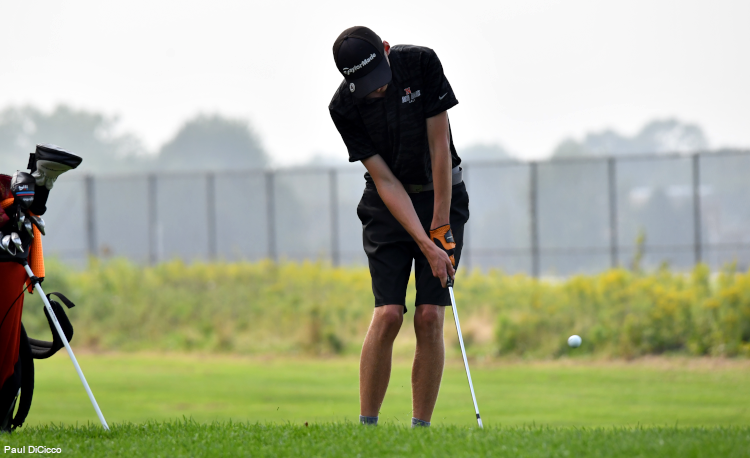 What a difference a day made for the North boys’ golf team.

The Rangers dropped a match at Kenston on Tuesday but bounced back on Wednesday to beat the visiting Bombers, 177-180.

“Today was a lesson in resiliency for the team,” North coach Matt Kozlevcar said. “Yesterday was a tough loss for us at Kenston by 11 strokes. I am so proud of my guys for pushing yesterday aside and grinding out a victory today at home against Kenston. As it has been all season, teammates are there to pick each other up when needed. Today sophomore Joey Rypinski came in to play varsity for the first time in two weeks and shot 45, sealing the victory for us. This team continues to amaze me this season.”

Tyler Schwenk claimed medalist honors with a match-low 41 while Rypinski and Jack Rypinski both shot 45. Vince Mandato closed out the scoring with a 46.

“It was huge,” Schwenk said of the win. “They got us at their place which only meant we had to win at ours. That was one of our biggest wins yet.”

North improved to 9-3 overall and 9-2 in Western Reserve Conference play. The Rangers are alone in second place and chasing Mayfield, which has just one conference loss.

“Everyone on this team, including our coach, has all of the confidence in the world for us and we only want to keep getting better,” Schwenk said. “This helps my game because I know that I have the teammates behind me to help us win.”