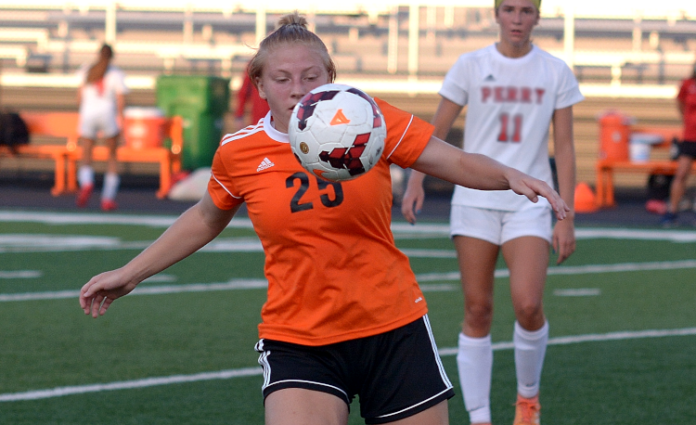 Last season, North scored a total of nine goals in its 18 games.

After Thursday’s 7-0 nonconference win at Euclid, the Rangers now have nine goals in just three contests.

“It was nice to see all the hard work come together and see the way we can attack with this new system and formation,” first-year coach Rick Sirl said.

Bridgette Karr did most of the damage for the Rangers as she scored four goals off assists from Rae Sirl, Sally Dempsey and Vanessa Anthony.

“I was very satisfied with how I played as an individual but I was also very satisfied with the team and how we played all together,” Karr said. “I am also extremely impressed with the swing players who got to play yesterday. We put in so much effort and as a senior, seeing freshmen put in that amount of effort makes you feel like you can leave high school soccer feeling you left the team in good hands for seasons to come.”

Rae Sirl scored a pair of goals and Sydney Helm finished the night with one.

“On the sidelines, my teammates and I were talking about how we used to be the team getting beat 7-0,” Karr said. “It’s nice to be on the winning team.”

The Rangers improved to 1-1-1 with their next game at Cleveland Heights on Sept. 3.

“Winning a game by seven goals boosts everyone’s confidence,” Karr said. “Coming home from a game like that makes you think that all the work I’ve put in is really paying off. It just gets you more excited for the next game.”