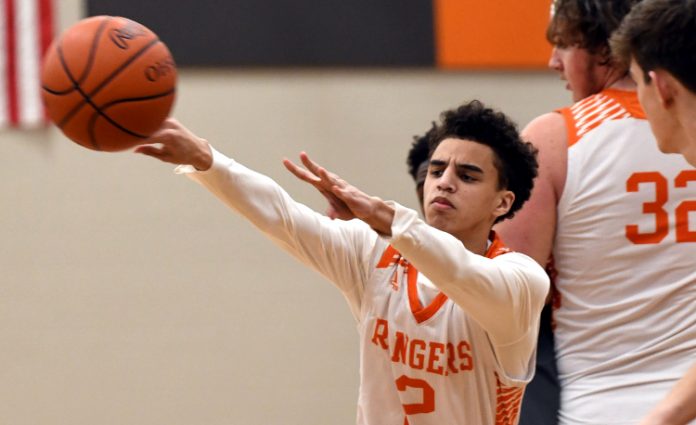 North returns three starters from last season but beyond that, the Rangers lack experience as they head into their second season under head coach Matt Vespa.

Despite his squad’s relative lack of varsity minutes, Vespa has been encouraged by the development he has seen out of his team in the preseason.

“We have a lot of new faces on this year’s squad which brings a lot of potential and excitement but it can also be a hindrance due to the amount of time it takes to truly develop chemistry and to learn a new style of play,” Vespa said. “We know that there are no quick fixes to these types of issues so we will continue to try and get better every day.”

Digging out of that hole won’t be easy but the Rangers have the athleticism to be competitive this winter. To do that, each player will have to contribute and focus on the fundamentals.

“We are a fairly athletic team that has the ability to play a variety of styles due to the personnel we have,” Vespa said. “We hope to use this to create easy scoring opportunities through our defense and ability to attack the basket. We have a lot of players with no varsity experience that we will be counting on this year so they will have to develop on the fly. Our hope is that we will be able to have a balanced attack offensively so opponents will not be able to key on one or two particular players.”

“Kyle is one of the most athletic and smoothest guards I have ever coached and I truly hope that he gets to experience the team success that he deserves this year,” Vespa said. “Mo has four years of varsity experience and we are counting on his leadership, toughness, and defense to help us reach our potential this year.”

“Sean started every game for us last year as a 14-year old freshman and nearly averaged a double-double,” Vespa said. “He has gotten stronger this year and we are looking for him to make a big leap this season as far as consistency. With his combination of size and skill, Sean has the opportunity to be a really special player for the next three seasons.”

Seniors Jaheim Turney, a 6-foot-3 guard, and Noah Adams, a 6-foot-2 wing, round out the projected starting lineup.

“Jaheim is a versatile player that can impact the game through his scoring, defense, playmaking, or simply his energy alone. I know he is excited to be back on the court after having to miss last season and we are thrilled to have him,” Vespa said. “Noah has an incredibly high basketball IQ and a very unique game on the court. He has the ability to be a mismatch every night and, as long as he can stay healthy, the sky’s the limit for him.”

“This is Owen’s first year in our program and he has already made a tremendous impact with his combination of skill and toughness,” Vespa said. “He is the definition of a glue guy and we think he is going to make a positive impact on and off the court for us.”

Thomas, a standout on the gridiron for the Rangers, is a 5-foot-11 guard. Atkinson is a 6-foot-3 wing and McDonald is a 6-foot-2 guard.

“We are thrilled to have Curtis back on the basketball court. Watching him play basketball, it is why he is a big-time Division I recruit in football and his athleticism will have a big impact on the court,” Vespa said. “Quran is a very welcome addition to our program and instantly provides us with toughness and skill around the basket. He is the type of player that you hate to play against because of his relentless effort near the hoop. Dylan’s ability to shoot the basketball will get him on the court. His effort on the defensive end and rebounding will determine if he stays on it. We have been really happy with the progress he has made in the preseason and we are looking forward to seeing him continue to develop his game.”

North’s goals this season are simple. The Rangers hope to show improvement each and every day they stop on the court.

“Our goal is simply to get better every day as a team and as individuals. If we do that, then everything else will take care of itself,” Vespa said. “We need to stay locked in mentally on the defensive end and share the basketball on the offensive end. It sounds simple and cliché, but those are truly things that will determine our success this season.”