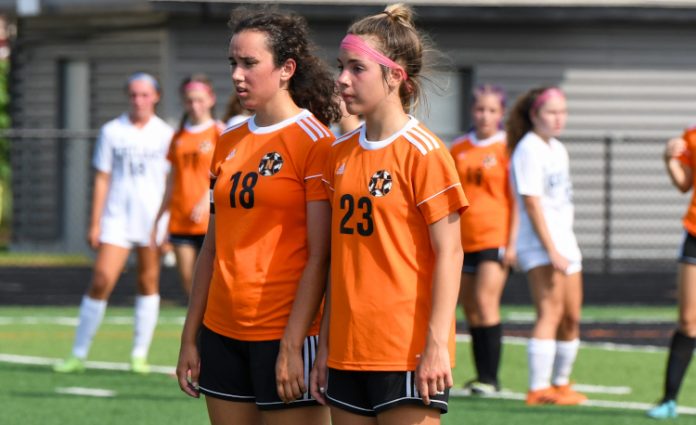 North found itself in an uncomfortable position after Euclid scored early on a penalty kick but the Rangers rallied for a 2-1 win over the visiting Panthers on Thursday.

Brennen Herbert and Vanessa Anthony both scored their first goals of the season in leading the Rangers to the come-from-behind win.

“One of the big things we’re starting to this year that we weren’t able to do in the past is when we go down a goal, maintaining composure after something like that,” said North coach Rick Sirl. “We had a tendency where if we went down a goal it became a flurry. Everything would sort of come apart and goals would get scored, so it’s nice to see them maintain their composure after the PK. To see them be able to regroup and start working the possession again was nice.”

Euclid took the 1-0 lead 10 minutes into the game but the Rangers quickly settled into their offense and worked the ball through center midfielder Lilly Washburn.

Herbert tied the game 1-1 midway through the first half and Anthony gave the Rangers a 2-1 lead when she finished off a Morgan Bell free-kick with eight minutes left in the half.

“Being in an open position ready for the free-kick helped me open into space and get a goal,” Anthony said. “With the frustration of getting scored on in a PK, my team and I used this as motivation to play together and move forward.”

The second half saw both team defenses rise to the challenge of holding their opponent scoreless.

With the win, North improved to 4-4 on the year. The four wins already doubled the Rangers’ win total from last season and are the most since North won nine games in 2015.