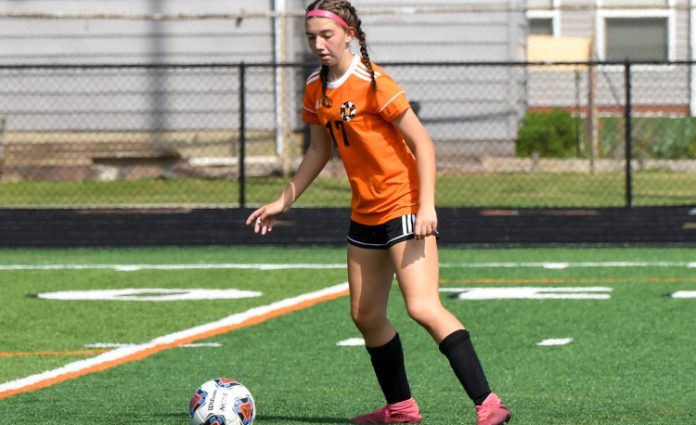 North won its second straight game and collected its third shutout of the season in a 3-0 win at Fairview on Saturday.

With the win, the Rangers improved to 5-4 overall.

“It was a pretty good day across the board,” said North coach Rick Sirl. “We’re finding our groove with the system a little bit and they’re moving the ball well. Running with three backs is kind of nerve-wracking sometimes but today, they really shut them down. That was nice to see.”

Sophomore Morgan Bell opened the scoring in the first half when she converted a free-kick opportunity to give the Rangers a 1-0 lead.

“After getting fouled right outside the box, I took the free-kick aimed for the near post and it hit the goalie and went in,” Bell said. “It’s very exciting; our team is really starting to work together.”

Freshmen Bailey Licht and Ashley Sykes both scored in the second half.

Licht’s goal was set up by Brennen Herbert, who now leads the Rangers with four assists, and Sykes punched in a deflection off of another Bell free-kick.

“It’s real nice,” Sirl said of his underclassmen stepping up to make key plays. “There are times where I think we’re starting eight sophomores and freshmen, so it’s promising. Brennen Herbert got involved again today getting another assist. She’s sort of popping up a lot. It’s good for the future.”

The Rangers will celebrate their seniors on Tuesday when they host rival South. North last beat the Rebels in 2015.

Rangers break through for first win