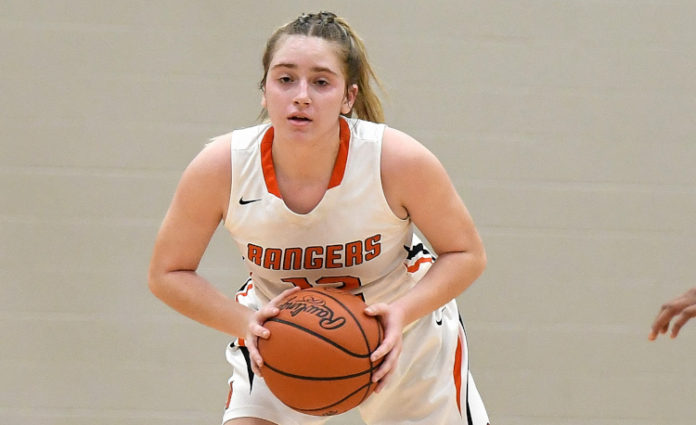 Key adjustments on defense helped North to slow down host Mayfield in a 52-34 Western Reserve Conference win on Saturday.

The Rangers held the Wildcats to just three points in the third quarter.

“Mayfield had been clicking lately,” said North coach Paul Force. “We for sure have noticed they’d been on a winning streak and have found their stride the last couple weeks. Credit to Coach (Ryan) Looman and his staff, they’re always ready to play, especially at home and they defend hard. I was pleased we were able to get some shots to fall there in the third.”

North led just 8-5 after the first quarter and Mayfield cut that lead to 21-19 at halftime.

Mayfield’s Ashley Dearden had nine points on three 3-pointers at the break, which led Force to assign Dori Siekaniec with shadowing Dearden.

That move paid off as Dearden was limited to just a pair of free throws in the second half.

“We’ve tried to mix things up on defense and preach that we need effort and for the girls to stay open-minded with how we may need to play from game to game,” Force said. “After (Dearden) got hot in the first half, we gave Dori the task of staying a little tighter to her and we strung together a good number of stops to get some breathing room in the third.”

The Rangers outscored the Wildcats in the third, 14-3.

“Credit to North and the defensive adjustments they made,” Looman said. “They got us in the chess match and we took a few possessions to adjust. The looks we did get as the quarter went on just didn’t fall. We got to the rim, especially in the last four minutes, but just couldn’t connect. I think those missed opportunities took a toll mentally on the other end. You can’t get deflated when you’ve got some big assignments on defense and a missed rotation here or there can spiral the wrong way.”

Abby Carter led the Rangers with a game-high 17 points and Avril Drew added 11. Hailie Wilson and Cece Hamilton contributed to the win with eight and seven points, respectively.

“It’s nice to come get a road win in the league, but we have another three games in the next six days, so we are back to the lab now getting ready for Andrews,” Force said. “There is always something to clean up, but we are proud of the effort today, no doubt, after a couple of hard-fought losses earlier this week. The girls showed some resilience today.”

Despite the loss, Mayfield held both Carter and Drew below the season scoring averages.

“What I love about these kids is that they come out and play and give us everything they’ve got,” Looman said. “When we play together and are locked in we can do some things. In today’s game, it just shows how those moments when we lose that focus, let up, or let the opponent get to us can be really hard to overcome against good teams. I think our young kids have grown up a lot as this season progresses but that’s the next step now.”