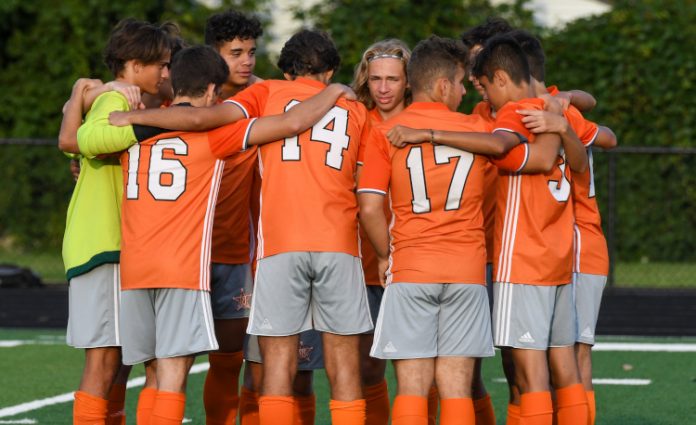 While fans of the schools might get caught up in the North-South rivalry, Rangers coach Steve Misick considers it just another game on the schedule.

“Everybody has a thing about the rivalry,” Misick said. “I don’t see it as a rivalry. I see it as another day at the office. It’s a league game that we need to win. For me and my staff, we grew up in a time and played and in my early coaching days where Mentor was our rival. We have probably beaten Willoughby South more than any other team since I’ve coached, so it’s not really a rivalry. It gets a little emotional but usually, the emotion comes from their side, not from our side.”

Whether the Rangers thrived on the rivalry or not, they have found their rhythm after injuries limited their effectiveness early in the season.

The Rangers began the year with three straight losses and were 1-4 before this five-match win streak began.

North is now 6-4 overall and 4-0 in the Western Reserve Conference.

“Because of all the injuries early, we’ve had to develop other options and now we’re in a rhythm right now,” Misick said.

Bo Vinson’s return in the goal has sparked the Rangers on both ends of the pitch.

The Rangers have allowed just three goals during the winning streak and on the other end, North’s top three strikers have been a load to handle.

Luka Dedic scored three goals against the Rebels and now has eight on the year. Kaden Kocin added two goals against South and now leads the Rangers with 11 goals. Dom Kustura also scored in the win and is second on the team with 10 goals.

The Rangers are still without junior sweeper Colin Perchinske, which forced Misick to move sophomore midfielder Francesco Gjinplaku to that position.

“We’re doing all this right now without our starting sweeper,” Misick said. “The kid we have back there now was going to be a starting midfield player. He’s done a really super job playing the sweeper spot, but how much better could we be if that kid is playing? Both guys are going to be back next year, which is good for us.”

If there was a silver lining in the plague of injuries the Rangers dealt with early in the season it came via the depth Misick has developed heading into a key stretch of the season.

“I thought we could be a little deeper than we’ve been in years gone by,” Misick said. “That depth has actually helped us weather the storm and now we’re back on track. We’ll find out where we’re at this Saturday when we play Strongsville but we’re pretty pleased with what we’re doing.”

After the non-conference game against the Mustangs on Saturday, North will look to close out WRC play against two of the top teams in the conference—Riverside and Mayfield—but first, the Rangers have to get past a tough Madison team on its home field.

“We have to go to Madison to play on Tuesday and we never play well there,” Misick said. “They have a grass field and it’s kind of lumpy. We’re used to playing and practicing on turf all the time and we play on that one grass field every other year and it’s just a tough game for us.”