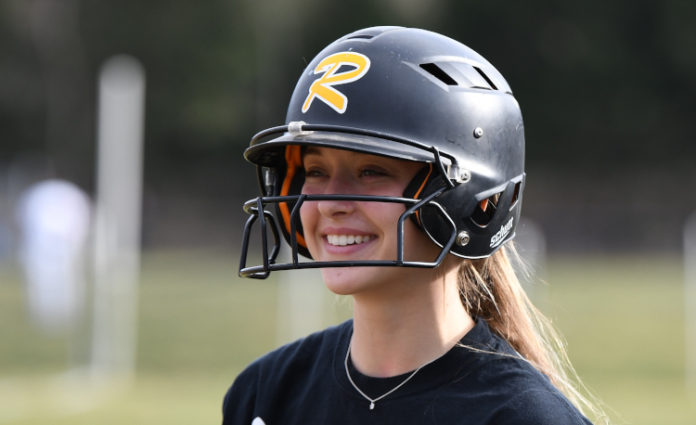 Riverside celebrated its home opener with a 17-2 win over visiting Jefferson on Tuesday.

The Beavers pounded out 17 hits, including six for extra bases, in improving to 2-0.

“It’s very exciting to get another win, especially after such a big win our last game,” said junior Amanda Kolar, who had a pair of doubles in the win. “Knowing we can pull the momentum from one game to the next is huge.”

Jefferson scored an unearned run in the top of the first inning but the Beavers rallied for five in the bottom half of the inning.

After Emma Kovalchuk reached on a fielder’s choice and stole second, Kolar singled and Emily Lamos walked to load the bases with one out.

Delaney Keith then walked home a run and Maren Kelly cleared the bases with a double. Katie Ross then hit a two-out single to score Kelly.

When the dust settled on the inning, the Beavers had taken a 5-1 lead.

Kovalchuk started a seven-run second inning with a triple.

She finished the game 4-for-4 with three runs scored and she knocked in a pair.

“It was so exciting to get the second win with the team,” Kovalchuk said. “We’ve been working hard in the offseason to get where we are. Working on specific parts of my swing during hitting at practice helps a lot to get me ready for facing pitchers at the plate.”

Kolar followed Kovalchuk’s extra-base hit with an RBI double. She finished the game 3-for-4 with three runs scored and four RBI.

“I came up to the plate with confidence and thinking of the positives that will come out of the at bat,” Kolar said. “I’m pretty comfortable at the plate for it being so early. Since I hit at least once a week over the winter, it brought confidence to the beginning of the season.”

Lamos then doubled home Kolar and Kelly and Molly Binkiewicz both walked to load the bases. The Beavers then hit four straight RBI singles. Ross, Abby Watson, Lehner, and Kovalchuk all recorded RBIs during that string of base hits.

Ross began a five-run fourth with a single to left and Watson and Grace Fisher both walked to load the bases. Kovalchuk followed with an RBI single and Kolar hit a two-run double. Lamos walked to reload the bases and Allison Buttari doubled home two more runs to close out the Beaver scoring.

Jefferson strung together a single and a double to add a run in the top of the fifth but it wasn’t enough to overcome the run rule.

Ross finished the game 3-for-3 with two runs scored and two RBI and Lamos and Watson both were 2-for-2. Kelly knocked in three runs for the Beavers.

Lamos earned the five-inning complete-game pitching victory. She allowed one earned run on seven hits and struck out 10.

Riverside now has scored 23 runs on 27 hits in two games. The Beavers have hit eight doubles, one triple, and one home run in 11 innings.

The pitching staff has been just as dominant as Fisher and Lamos have allowed just five earned runs and have struck out 21 batters.

“The key to our early success is having the mindset to jump on the opposing team early on,” Kolar said. “Especially since they got one run on us in the first, we knew we had to come in the next couple of innings and punch back.”

Beavers ready for next step