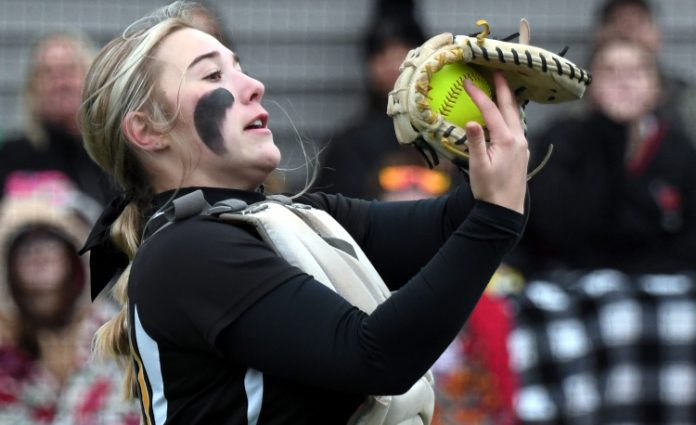 The Beavers jumped on the Wildcats early in improving to 14-2 overall and 7-0 in the WRC.

“It is always exciting to get an early lead in games, especially when we are facing good competition,” said Riverside junior catcher Delaney Keith, who recorded two doubles in the win.

Riverside scored three runs in the top of the first inning, all with two outs.

Emma Kovalchuk singled home Megan Lehner, who was hit by a pitch and Keith hit an RBI double. Maren Kelly followed with an RBI single.

Angeleah Saltenis hit an RBI double for the Wildcats in the bottom half of the inning but it was all Riverside after that.

The Beavers scored one in the third, four in the fourth, and four in the sixth to invoke the run rule.

“When approaching an at-bat, I am always looking to attack pitches,” she said. “Being aggressive at the plate makes for an exciting at-bat.”

Lehner, Amanda Kolar, and Kovalchuk each recorded two hits for the Beavers with Kovalchuk and Kolar both leaving the yard. Kolar and Lehner both hit doubles.

“When our teammates are hitting well it really brings up the energy in the dugout,” Keith said. “It definitely helps us prepare for our next at-bats.”

Grace Fisher once again was dominant in the circle.

She allowed one run on two hits and struck out nine.

“Grace does a great job hitting her spots and keeping hitters off-balance,” Keith said. “It definitely helps when we play against great hitters.”