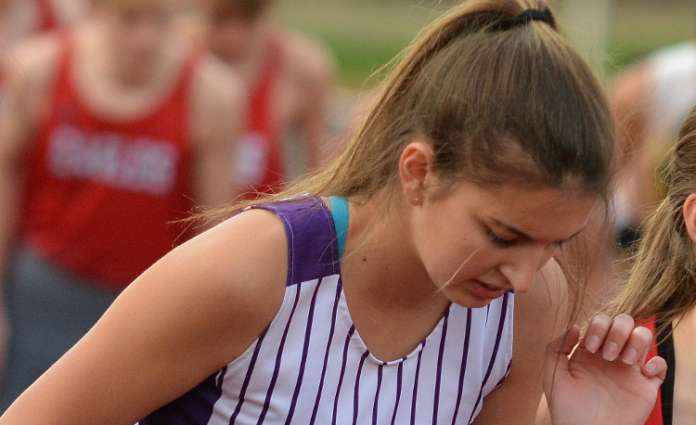 Berkshire junior Madison Romask won the 3200-meter run to lead the Badgers at the Mogadore Wildcat Invitational at Ravenna High School on Friday.

Romask won the two-mile race with a time of 12:20 and also teamed up with Alyssa Wolfe, Maitland Fuentes and Elise Kilmer to place fifth in the 4×400-meter relay with a time of 4:40. Romask began her anchor leg with the Badgers in eighth place but gained enough ground to move up three spots.

“Last night’s lesson was learning to compete in the rain because anything can happen during the (Chagrin Valley Conference) meet and district meet,” Berkshire girls’ coach Aimee Green said.

The 4×100-meter relay team of Morgan Scott, Maria Przybyla, Wolfe and Allie Barcikoski finished second with a time of 53.86 and also placed fifth in the 4×200-meter relay in 1:55.

Fuentes, Romask, Megan Filby and Lizzy Dingman combined to place fifth in the 4×800-meter relay with a time of 11:13.

The Badgers also had three relay teams score in the meet.